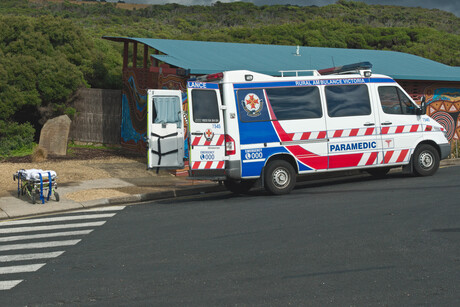 The Victorian Ambulance Union (VAU) has called Premier Dan Andrews’ plans to establish a review into the potential de-privatisation of patient transport a ‘game-changer’ that will have enormous positive effects on the health system, the ambulance industry and patients.

Throughout the pandemic, aged care facilities were evacuated, with long queues of ambulances waiting to collect COVID-infected patients. The VAU stated that most of those crews were privately employed patient transport officers and ambulance transport attendants who were evacuating dozens of COVID-infected patients every day. This was part of the ambulance industry that was privatised under the Kennett government and turned into a profit-driven entity, leading to the workers having worse pay, worse conditions and worse safety standards.

Most recently, while government, the Department of Health, Ambulance Victoria and health unions have worked together to avoid unnecessary transports to hospital, private patient transport providers have reportedly been telling their staff to transport every patient to hospital, even if there were alternatives available. These companies were reportedly paid for every patient they transported to hospital. Members in this industry have reported outdated ambulances with over 800,000 km on the clock, exhaust fumes leaking into the cabin and members being terminated for raising health and safety issues.

Danny Hill, Secretary of the VAU, said the de-privatisation of patient transport is a game-changer that will deliver improvements to the Victorian ambulance industry, with improved standards, clinical support and amalgamation with the ambulance service.

“Patient Transport Ambos are the unsung heroes of the COVID effort but for way too long they have been left far behind their public sector colleagues with their wages, conditions and safety standards. We have all been working hard to avoid unnecessary transports to hospital and reduce strain on emergency departments. But patient transport providers are paid for every patient they take to hospital, and we know of staff being directed to avoid options like Virtual ED or speaking with an AV Clinician about more appropriate options for their patient,” Hill said.

Inspectors from SafeWork NSW will be visiting worksites across the state to increase safety and...

The South Australian Government has released an independent review into the practices and...

A truck driver has been ordered to pay more than $50,000 after he was discovered to be secretly...