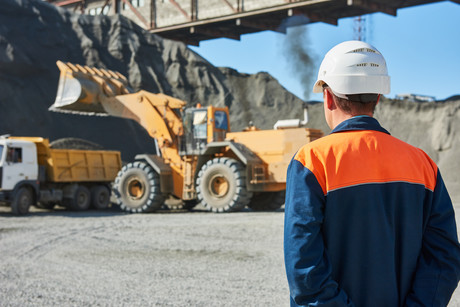 Queensland’s mining union has declared a “safety crisis” after a 27-year-old coalmine worker died over the weekend, marking the fourth Queensland mining fatality in six months.

According to mine contractor Golding, the man was working in the Baralaba North coalmine’s pit when an accident occurred.

Golding released a statement on 7 July (including an update that same day) advising of the incident. Further investigations are underway by the Department of Natural Resources, Mines and Energy, Golding and the police.

On 8 July, Golding released another statement that provided more information into the Baralaba incident.

In it, they said that Jack Gerdes — an experienced mining operator — was found on the stairs of an excavator with injuries to his head, face and limbs after 1.30 am on Sunday morning. It is believed that Gerdes became caught between the excavator’s body and the stairs’ safety rails and was injured as the stairs descended.

Golding is unsure how the incident happened and this remains the focus of the investigation. However, the statement did state that no other mining equipment or personnel were involved. The mining site was immediately shut down and is expected to restart mining activities on Wednesday, 10 July, depending on the investigation.

Also on 8 July, Stephen Smyth — the Construction, Forestry, Maritime, Mining and Energy Union’s (CMFEU’s) Mining & Energy Division Queensland President — released a statement declaring that Queensland’s mining industry is in a “safety crisis”. This was in reference to other fatal incidents that have happened this year and the serious injuries incurred by another worker in a separate incident at Collinsville coalmine over the weekend.

In his statement, Smyth called for “all Queensland mines to stop production for a minimum of 24 hours as a show of respect and for serious reflections to occur”. This will give the state government, mining companies and workers the opportunity to “reset the industry’s culture and safety practices,” he said.

According to Smyth, such a reset would involve: empowering workers to speak out about safety concerns, regardless of their employment status; requiring companies to commit to a set of principles to ensure workers can raise safety concerns without fear of reprisal; introducing Industrial Manslaughter laws; introducing unannounced inspections by Industry Safety and Health Representatives; and strengthening the role and capacity of the industry regulator.

“Every worker should return home safely at the end of their shift,” Smyth said, emphasising the need for “an urgent industry reset”.

Technology playing a critical role in worker safety in the warehouse

New law of physics helps understand the friction of touch

How do older Australians feel about digital health in the home?