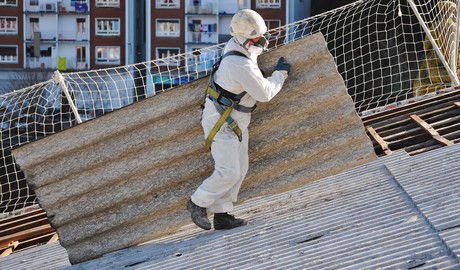 A South Australian (SA) man has been fined $8100 plus costs for unlicensed asbestos removal. Anthony Rosier, who formerly traded as Eco Asbestos Removal, was convicted in SA’s Industrial Court for breaching the state’s Work Health and Safety Act 2012 and associated regulations by removing 94 m2 of asbestos-containing material without appropriate licensing and failing to use appropriate signage to alert the public to the presence of asbestos and the work being undertaken, according to SafeWork SA. SA laws dictate such work can only be completed by a person with a Class A or B asbestos removal licence, the regulator said.

In sentencing, Deputy President Industrial Magistrate Lieschke noted Rosier’s failure to be licensed and his previous licence’s cancellation, preventing him from being monitored or audited regarding asbestos-related work. He also saw a need for individual and general deterrence “given the prevalence of asbestos containing material in the built environment, its potentially lethal consequences and the ease of an unlicensed offender avoiding detection”, SafeWork SA said.

Rosier faced a maximum fine of $20,000 for removal of more than 10 m² of asbestos without holding the appropriate asbestos licence and a fine of $6000 for failing to ensure appropriate signage was in place, SafeWork SA said. The total penalty ordered against Rosier accounted for all circumstances, including the defendant’s early guilty plea, significant prior offending regarding asbestos, existing fines imposed and the defendant’s reported poor financial circumstances.

Currently, around 4000 Australians die from asbestos-related diseases every year. At the height of its use, asbestos was in more than 3000 products and many of these products are still contained in our homes and workplaces, SafeWork SA said. As a result, SafeWork SA Executive Director Martyn Campbell reminded “all duty holders involved in the demolition or refurbishment of a structure or plant that was installed or fixed before 31 December 2003 that they must comply with asbestos regulations”. To prevent asbestos exposure, it is crucial that asbestos is not handled, except as allowed under the laws and with proper training.

What happens when employees are COVID-19 positive?