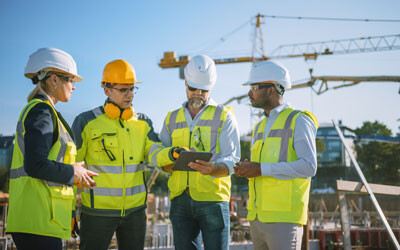 Up to 4000 new Australian standards will be required in the next decade to mitigate the impact of natural disasters such as floods, cyclones, droughts and plagues, hasten the expected transition from traditional energy sources to alternative ones such as hydrogen, accelerate the transformation from an analog to a digital economy and strengthen the country’s systems from cyber attacks. In its Iconic Nation Report, Standards Australia revealed that the 2020s provided unique economic, social and safety challenges, requiring thousands of new standards to ensure Australia’s economic productivity and to keep consumers safe. Over the last 100 years, approximately 10,000 national standards have been created for everything from building to car seats. The rate of climate change and how we live, consume and work over the next 10 years is predicted to usher in the need for 4000 new standards.

Standards Australia CEO Adrian O’Connell said the pace and scope of change is accelerating, brought about by the digitisation of the global economy, innovation, scientific breakthroughs and evolving societal tastes. “For Australia to continue benefiting from quality standards that improve our way of life, drive economic growth and create safer communities, Australia needs to anticipate future challenges and develop the right national standards for the next 10 years. Without the right national standards in these areas, we risk falling behind the rest of the world in terms of best safety practice. This will require the collaboration of experts and the support of governments, industry and civic leaders,” O’Connell said.

The Iconic Nation Report highlights how standards have helped safeguard the operation of Australia’s economy and provided the confidence to safely travel, shop, work and live. Of the current benchmarks, the overwhelming bulk were designed by teams of experts, thanks to advances in science and technology, an ongoing focus on solving future challenges. Some standards were developed by learning from largely unforeseen calamities, such as the 1997 Thredbo landslide and the 2011 Brisbane floods. O’Connell said that as the economy, society and industry move into a new age of technological innovation, thousands of new Australian standards will be needed. The five key areas identified in the Iconic Nation Report are cybersecurity, natural disasters, the environment, hydrogen energy, and critical and emerging solutions.

As the digitisation of the economy accelerates, Australian governments, businesses, charities and consumers are increasingly likely to be affected by cyber attacks. As a result, Standards Australia is partnering with the Internet of Things Alliance Australia (IoTAA) to develop a Smart Devices Cybersecurity Labelling Scheme (CLS); this will support the development, adoption and implementation of international cybersecurity standards.

Standards Australia also plans to examine National Housing Resilience Guides to show homeowners how well equipped their homes are to withstand natural hazards such as bushfires, cyclones, storms, tides and floods. To help Australia’s transition to net zero emissions by 2050, current initiatives to create new environmental standards include the reduction in plastic waste and the development of reusable materials across a range of industries. Standards Australia is also committed to working with key stakeholders to develop new standardised safety information collateral and a dedicated hydrogen industry standards portal.

To ensure that Australia stays ahead of emerging digital technologies, Standards Australia is initiating working bodies that cover 5G technology, quantum computing, smart cities and the broader data and digital landscape. O’Connell said that a collaborative approach will be required to achieve so many new Australian Standards over the next decade.

“We need the support and engagement of Australian industries who understand that dedicated standards are a long-term investment in their sector. There also needs to be a growing awareness among end users and consumers of the importance of Australian standards for their own safety and the safety of those around them. Working with all our stakeholders, Standards Australia has achieved a lot over the last 100 years. There’s more to be done and as Australia evolves into a more modern nation, Standards Australia will continue to work with industry, government and everyday Aussies to help secure a strong future for our nation,” O’Connell said.

The AWU has condemned the mining sector's inaction on sexual violence, after a WA...

The WA Parliamentary Inquiry found that women accounted for 74% of mining workers who reported...

The Queensland Government has extended consultation on proposed new laws to improve safety for...