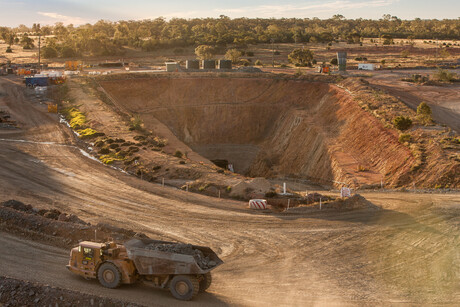 Following Mines Safety Minister Anthony Lynham’s announcement that he will not recontest the Seat of Stafford at the Queensland state election, QRC Chief Executive Ian Macfarlane has thanked Lynham for his service over the last five years. Dr Lynham entered politics to prevent the tragic loss of young Queenslanders to one-punch assaults, and over the years he has overseen key reforms to reinvigorate mineral and gas exploration, and the further development of gas and critical mineral reserves.

Dr Lynham also worked with industry to improve the conditions for the coal, mineral and gas industries to invest more and employ more. Speaking on behalf of the QRC, Ian Macfarlane described Dr Lynham as a partner that understood the issues and opportunities we presented on behalf of the resources sector.

“For me personally, Anthony is a trusted friend and a man of integrity and intelligence. Anthony leaves very big shoes that the next government will need to consider carefully when filling,” Macfarlane said.

In response to Dr Lynham’s retirement from politics, the Miners Union stated that Lynham would be remembered by coalminers for tackling the scourge of mine dust lung diseases which had been neglected by governments for decades. CFMEU Mining and Energy Queensland President Stephen Smyth expressed his disappointment at Lynham’s retirement from politics.

“We have certainly had a robust relationship in the face of major issues in our industry like the re-emergence of Black Lung and a string of tragic fatalities. But Minister Lynham has always listened to the perspective of workers, treated workers’ concerns seriously and taken action to address them — often in the face of enormous pressure from mining companies,” Smyth said.

After the re-emergence of Black Lung in the mining industry, Queensland introduced reforms for preventing, identifying and treating mine dust lung diseases. The state has also introduced industrial manslaughter laws covering the mining industry, to make bosses more accountable for workers’ lives. However, Smyth acknowledged that there is more work to do to clean up Queensland’s mining industry, prevent unacceptable injuries and fatalities, and provide safe workplaces for mineworkers.

“Dr Lynham’s leadership has made a real difference and we thank him for making sure mineworkers’ voices have been heard — including through the wide-ranging Queensland Coal Mining Board of Inquiry, which he established,” Smyth said.

Smyth said the Union will urge all candidates in the upcoming election to commit to further mine safety reforms including independent medical assessment for mineworkers and independent dust monitoring for coalmines.