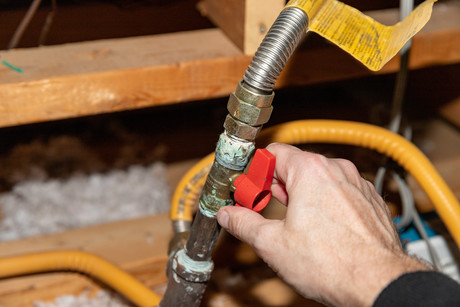 Christopher Turner has been convicted and fined $100,000 after pleading guilty to breaching Section 28(b) of the Work Health and Safety Act 2011, following the death of one baby and serious injury of another at Bankstown-Lidcombe Hospital in 2016. Turner was one of several parties SafeWork NSW began action against after it was discovered that nitrous oxide and oxygen lines had been cross-connected, and that testing that could have prevented the tragedies was not properly carried out.

One baby suffered serious injuries after receiving nitrous oxide during resuscitation, while another baby died following the administration of nitrous oxide instead of oxygen from the neonatal gas system. SafeWork NSW began prosecution proceedings against five parties in 2018, for alleged breaches of the Act.

“Two of these matters proceeded to a hearing at court, being the cases against installation company BOC Limited and its contractor, Christopher Turner,” said Valerie Griswold, SafeWork NSW Executive Director of Investigation and Enforcement.

The cases against two other defendants were discontinued for legal reasons. The case against another party, South Western Sydney Local Health District, was discontinued when it entered an enforceable undertaking with SafeWork NSW as an alternative to prosecution.

“The enforceable undertaking has a value of $536,500 and will include the rollout of an electronic contractor registration kiosk in acute facilities across South Western Sydney Local Health District as well as a new department-wide risk information system which will enable learnings and experience to be shared with all NSW Health entities,” said Griswold.

On 30 April 2020, the District Court found the case against BOC had not been proved to the required criminal standard and final orders were stood over until 1 June. “SafeWork is now considering the judgement in that matter and whether it will lodge an appeal,” said Griswold.

The case against Turner, a contractor for BOC, asserted that in 2015 during installation of oxygen and nitrous oxide gas pipes into a neonatal theatre, the defendant completed the testing forms without conducting the cross-connection and gas purity identification test. The gas outlet was operational between the work being done in 2015 and the incidents in 2016.

“There were 438 emergency caesarean deliveries at the hospital that year and 36 babies were born in the operating theatre affected by the cross-connection. Because that particular theatre was the furthest from the birthing suites it was not used as often and only two babies required resuscitation, both within one month of each other. It was not until the death of the second baby that the issue with the resuscitation gas outlets was discovered and use of the theatre promptly suspended,” said Griswold.

Turner has the right to appeal his sentence.

A demolition company has been fined $20,000 for demolishing a building containing asbestos...