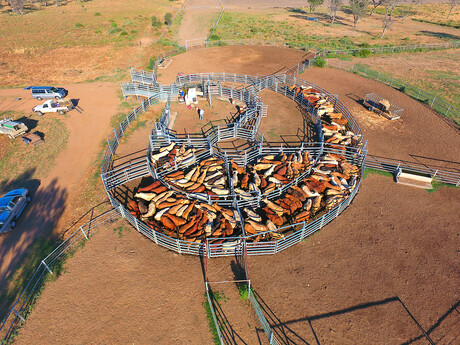 Meat processing company Midfield Meat Pty Ltd has been convicted and fined $400,000 over the death of a worker on a property at Dunkeld in 2017. The company was found guilty of a single charge of failing to provide a safe working environment. In December 2017, the experienced stockman was tasked with drafting and weighing cattle owned by the company on a third party’s farm. The man was working alone in an enclosed yard before he was later found deceased following a suspected attack by a stag which was observed to be in a highly agitated state.

The jury found that it was reasonably practicable for Midfield Meat to have a system in place that ensured another person was present to provide assistance in the event of an emergency. WorkSafe Executive Director of Health and Safety Narelle Beer said being crushed or trampled by cattle was the second most common cause of deaths on Victorian farms, adding that this incident is a tragic example of the dangers faced by those working in agriculture and why employers and workers always need to think about safety first. “Whatever job you or your workers are doing on a farm, please consider what could go wrong, discuss it with your workers and take action to make sure you’re providing a safe workplace,” Beer said.

To manage risks, duty holders should use yards that are designed so people and cattle don’t have to be in the same space and the cattle can move through easily. Duty holders should also ensure that there are accessible escape gates or pre-identified escape routes that don’t require climbing over or under fences. Yards, races, gates and crushes should also be maintained to ensure hinges swing freely and that there are slam shut latches.

WorkSafe also advises that duty holders should ensure anyone working with cattle knows how to do so safely, including discussing escape routes where necessary, and that workers understand particular cattle and how they’re likely to behave when confined, nervous or agitated. Duty holders should also address how particular crush and yards operate prior to starting work.