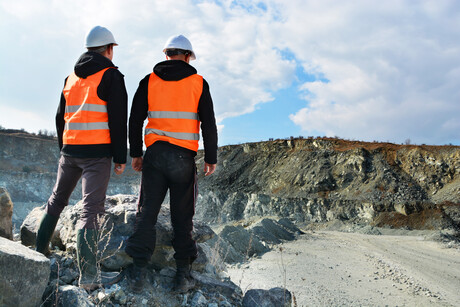 The Minerals Council of Australia (MCA) has commended the Australian Government’s response to the Respect@Work Report, stating that the government has sent a strong message that sexual harassment will not be tolerated in the workplace.

The report provided a set of recommendations to prevent and address sexual harassment. It also highlighted that the Australian Government, states and territories, employers and industry groups must all support cultural change and create safe workplaces. The Australian Government agreed to (in full, in principle or in part) or noted all 55 recommendations in the report. The government’s response to the report also emphasised the importance of preventative measures, acknowledging that more can be done to prevent sexual harassment from occurring in the first place.

In response, the MCA stated that the proposed amendments to the Sex Discrimination Act and Fair Work Act will allow for meaningful change to take place. The MCA also predicts that tougher penalties, new dismissal laws and extending the lifespan of sexual harassment complaints will stamp down on sexual harassment and make workplaces safer for everyone. The proposed legal and regulatory changes are also forecast to enable workplace cultural change to be accelerated.

In response to the report, the government has outlined a number of measures and reforms to stop sexual harassment and create safer workplaces. These include the creation of the Respect@Work Implementation taskforce to deliver legislative and regulatory reform, and the strengthening of legal framework, existing rights and obligations for employees and workers. The government has also outlined plans to support greater coordination between agencies and services to ensure workers and employers have access to consistent information.

The MCA urged bipartisan support for these changes, and has committed to working closely with the government to implement these legislative and regulatory reforms in the minerals industry. Earlier this year, the MCA announced the expansion of the scope of the minerals industry’s safety and health policy and released a statement on the importance of eliminating sexual harassment in Australian mining workplaces.

The Safe, Healthy and Respectful Workplaces policy is focused on building and sustaining respectful workplaces. Combined with the industry’s commitment to eliminate sexual harassment, it will enable Australian mining companies to work together to end unacceptable and illegal behaviour.

The MCA also established a board-chaired Respect@Work Taskforce of members to enforce this reform, sending a clear message across the minerals industry that sexual harassment will not be tolerated.

The industry’s commitment will be implemented through an industry code and toolkit, to be released soon, to establish clear expectations and protocols on preventing and responding to sexual harassment in the workplace.