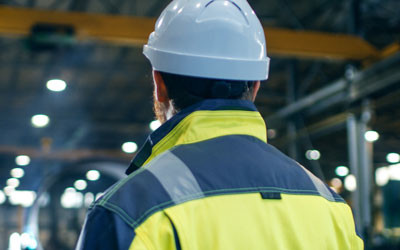 A man has been fined $3500 and ordered to pay $127.40 in costs for assaulting a WorkSafe Victoria inspector at an Elwood construction site. Atholl Robertson, 51, was convicted in Melbourne Magistrates’ Court last Wednesday after pleading guilty to spitting on the inspector and hindering him in the course of his duties, according to WorkSafe Victoria.

The court heard that the inspector was driving past the construction site in October last year when he noticed employees working close to an unprotected edge more than two metres above ground. He directed the workers to return to the ground for their own safety, before asking for their details.

Robertson refused to identify himself to the inspector, instead, swearing and pacing around him and spitting on the inspector twice, the court heard. After leaving the area, Robertson returned, hit the inspector’s notebook from his hand and attempted to take his identification.

WorkSafe Victoria said the incident was “prolonged, aggressive and humiliating” and in contravention of section 125 of the Occupational Health and Safety Act 2004, which protects inspectors from hindrance, obstruction, assault and intimidation while performing their duties. Witnesses said the inspector maintained a calm demeanour and behaved professionally throughout the ordeal.

Julie Nielsen, WorkSafe Victoria Executive Director Health and Safety, said WorkSafe would not hesitate to prosecute and hold to account anyone who assaults an inspector while they are working.

“Our inspectors can attend any workplace at any time, and obstructing them from doing their job to protect workers from unsafe practices will not be tolerated under any circumstance,” Nielsen said. “Everyone has a right to be safe from violence and aggression while on the job, including WorkSafe inspectors.”

WorkSafe Victoria added that inspectors have the right to ask employees or other people questions; take photographs, recordings and measurements; take items with them for examination, testing or use as evidence; or take samples of substances or objects when visiting a workplace. They also have the right to ask to see and take or make copies of documents and call other people in to assist them, including technical or scientific experts, interpreters or police officers.

Additionally, inspectors can review Provisional Improvement Notices (PINs) issued by a health and safety representative and affirm, modify or cancel them, review a worker’s decision to cease work because of safety concerns and issue a non-disturbance notice to leave an area as it is, in the case of an incident.