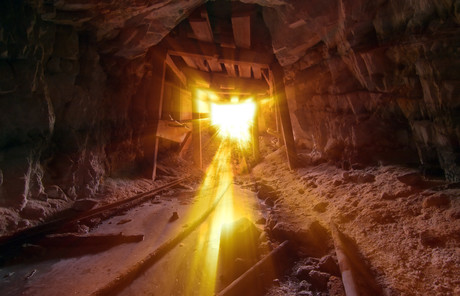 A shearer operator has suffered injury while trying to release a jammed conveyor chain during an incident in Lithgow’s Springvale Colliery on 5 February 2019.

According to the NSW Resources Regulator, the injury happened when an eight-tonne working load limit (WLL) Rud link, located on the shearer ranging arm, failed due to overload.

The regulator said that the shearer operator was hit on the leg by recoiling components of the tow rope assembly when the Rud link failed. The worker was reportedly in the roof support walkway at the maingate end of the longwall, approximately 22 metres (15 roof supports) from the failed connection point on the shearer.

Before the incident took place, the armoured face conveyor had a flight bar jammed in the lower pan race. According to the NSW Resources Regulator, the chain had possibly been damaged during the work process to un-jam it, and three workers were tasked with inspecting it for damage.

The regulator said that shortly after the load was applied to the towing assembly by the shearer, the Rud link failed, and the bow shackle and rope recoiled back towards the three workers located at the maingate. The bow shackle then struck the shearer operator on the lower right leg.