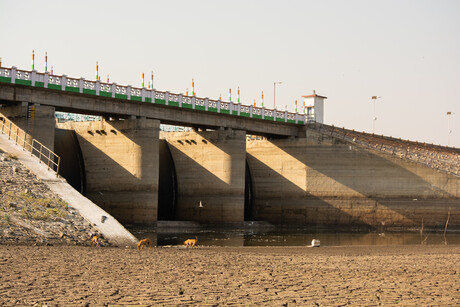 An independent Commission of Inquiry has determined that there are structural and stability issues with Paradise Dam near Bundaberg. Natural Resources Minister Dr Anthony Lynham tabled the 563-page Commission report in parliament, telling the House that the government had accepted all eight of the Commission’s recommendations for future projects.

“The Commission heard evidence about a litany of issues with the design and construction, some of which were ultimately found to be root causes of the present-day structural and stability concerns. The Commission found that the design of the primary spillway apron is completely inadequate. It’s simply not wide enough,” Lynham said.

Evidence from the Commission suggested that if the 2013 floods had lasted longer, the erosion due to the insufficient downstream projection may have undermined the dam, giving rise to a risk of dam failure.

“The Commission considers that Sunwater’s position in responding to the risks associated with the dam is reasonable,” Lynham said.

The Commission raised further issues, including segregation, density, compaction and the cleaning and curing of the surface of roller-compacted concrete layers during construction, also known as ‘lift’ joints. The concrete mix and its peak placement during summer weather exacerbated constructability issues. Additionally, a quality assurance tool masked, rather than highlighted, construction deficiencies. The treatment of and high number of cold lift joints is also of concern, as lift joint strength is important to the overall stability of the dam.

“This is consistent with the Building Queensland report findings handed down in March, and preparations for testing is underway. As always the government’s priority remains community safety — with Paradise Dam to continue to provide long-term water security and underpin economic prosperity in Bundaberg and the Burnett for generations to come,” Lynham said.