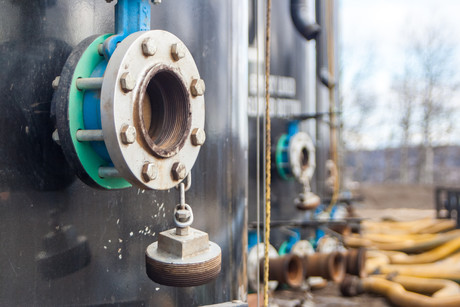 A large national company with ties to an international entity that specialises in manufacturing and supplying industrial gases has been fined $200,000 and ordered to pay $1600 in costs following a worker death in 2018. The company pleaded guilty in Richlands Magistrates Court to breaching section 32 of Queensland’s Work Health and Safety Act 2011, regarding a failure to comply with its duty under section 19 (1), according to Workplace Health and Safety Queensland (WHS Queensland). The worker sustained significant injuries — including a severe traumatic brain injury — and later died in hospital after being hit with an unsecured, flexible hose at the defendant’s Wacol plant, WHS Queensland said. The worker was manually discharging carbon dioxide to reduce pressure in a 100-tonne tank at the time.

WHS Queensland said the pressure in the vessel needed to be reduced through manual venting over a period of nearly one month as the refrigeration unit which previously maintained the pressure in the vessel had been shut down and no liquid carbon dioxide was being extracted from the tank for making dry ice. The tank was not designed for manual venting and the task was not routine for workers. There were no procedures in place on how to perform manual venting, nor were any instructions given to workers on how they should do it. As a result, workers developed their own ‘ad hoc’ methods to vent pressure in the tank, WHS Queensland said.

Despite being an experienced worker, familiar with the large tank and the dangers associated with venting pressurised carbon dioxide through unsecured hoses, the 60-year-old had unclipped the hoses from a nearby bollard and placed them on the ground to vent the gas, WHS Queensland said. Post-incident, the defendant made changes such as implementing a work procedure for manually venting vessels and spent around $100,000 on inspecting and modifying similar tanks, WHS Queensland said. The prosecution alleged, primarily, that the defendant should have implemented a safe procedure for performing the task and appropriately instructed workers.

In sentencing, Magistrate Aaron Simpson noted the task was not routine or part of the company’s usual business, there was no risk assessment conducted although the issue had been discussed at higher levels within the company, no short-term solution was in place to manage the problem and the defendant was aware workers were using ad hoc methods to deal with it, WHS Queensland said. He considered the defendant’s early guilty plea, that it was a good corporate citizen, had no history of offences against Queensland’s WHS Act and had fully cooperated with the regulator’s investigation.

Simpson also noted the company’s post-incident behaviour, which, while not a fix for what happened, showed it took the breach seriously, the cost involved in remedying the situation and the remorse shown by the company’s senior management. Simpson said the fine served as a punishment for the defendant corporation that breached the Act and sent a message to others that such breaches can result in serious consequences. A conviction was not recorded as it could impact the defendant’s business and the defendant is otherwise of good character, WHS Queensland said.

What happens when employees are COVID-19 positive?