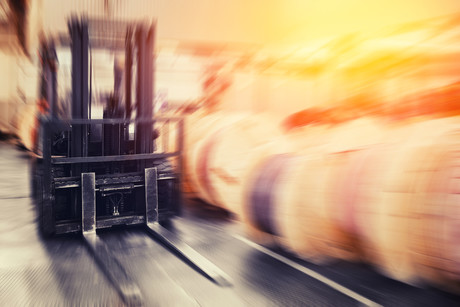 A Queensland poultry processor, Gemfire, has been fined $90,000 after a worker was run over by a forklift that had its reverse warning beepers switched off, leaving her with severe injuries.

The company — which recently pleaded guilty to breaching work health and safety laws — had directed forklift drivers to turn off the beepers between 7 pm and 7 am in response to noise complaints, according to Workplace Health and Safety Queensland.

This, combined with the company’s lack of markings directing powered mobile plants and pedestrians, prevented the 61-year-old worker from noticing or staying out of the way of the forklift as she walked towards her workstation.

At about 5 am in 2016, the worker was struck by the vehicle and the right rear wheel ran over her right leg, ripping off a large portion of skin and fracturing the leg.

In sentencing, the magistrate considered that the company had no previous convictions, entered an early guilty plea and had some policies, procedures and training in place at the time, though they were inadequate.

They also noted that the company has since implemented significant changes to its health and safety policies and procedures and made structural changes to the layout of the premises to improve safety.

However, they looked at the incident’s impact on the worker, who has not returned to work.

Workplace Health and Safety Queensland said: “A serious aspect of this case was that a designed safety feature of the forklift had been disengaged and the risk of an incident and the potential for serious injury was foreseeable.”

While the company was remorseful about the incident, the magistrate ruled that WHS duty holders had obligations that they must take seriously and that if a duty holder cannot eliminate health and safety risks for its workers, it must minimise them so far as is reasonably practicable.

Gemfire was ordered to pay the professional costs of $1500 and court costs of $96.15, on top of the fine. No conviction was recorded.

A Day in the Life of Registered Nurse Eloise Forster

Leveraging the benefits of intelligent automation