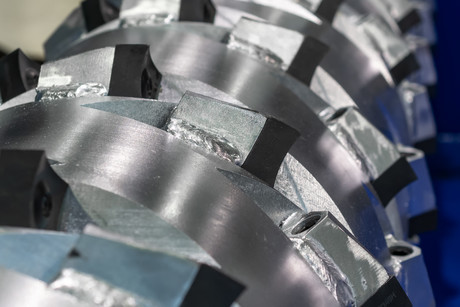 A tyre recycling facility operator has been fined $80,000 and ordered to pay $4217 in costs after a young worker’s arm was crushed in a tyre shredder. Tyre Recycling Australia pleaded guilty in Dandenong Magistrates’ Court on 3 October to failing to provide a working environment that was, so far as reasonably practicable, safe and without risks to health, according to WorkSafe Victoria.

The convicted company’s 18-year-old employee was trying to brush some shredded tyre material away when his right arm got dragged into the tyre shredding machine’s still-running conveyor belt in August 2018. He had been working with the machine for less than a week. WorkSafe Victoria said the young father of three suffered “extensive damage” to his right hand and forearm and spent more than three months in hospital, receiving multiple reconstructive surgeries. He requires ongoing medical treatment and is expected to recover 30% movement in his arm, at best.

The court heard that the company’s failure to provide fixed guarding or a permanent physical barrier over the shredder’s conveyor belt and rollers put workers at serious injury risk. It also failed to provide the information, training and supervision needed to prevent employees from approaching exposed danger areas while the machine was running, WorkSafe Victoria said.

Tyre Recycling Australia has since installed a combination of guarding and perimeter fencing on the tyre shredder, including interlocked gate access. WorkSafe Victoria’s Executive Director of Health and Safety, Julie Nielsen, said there was no excuse for allowing workers to risk their health and safety using unguarded machinery, or clearing or cleaning machinery that is not switched off.

“This worker has been left with permanent injuries that could have been avoided if appropriate guarding or training had been in place,” Nielsen said. “This incident will also have a lifelong impact on his young family and is a tragic reminder of why employers must ensure the safety of their workers is always their first priority.”

To prevent similar incidents, WorkSafe Victoria suggested employers should fit gates or guards to machinery to prevent access to in-running nip points and other moving parts; fit interlock devices to keep machines from starting if an access point is open or stop them if an access point is opened while running; and train staff in safe machine and equipment operation, with written procedures available in the worker’s first language.

They should also place signs near machines to warn workers of the dangers of operating it; consider whether hair, clothing, gloves, neckties, jewellery, cleaning brushes or other materials can become entangled; and regularly service and inspect machines and equipment.

Entries have opened for the WorkSafe Tasmania Awards; the awards recognise the efforts of...

The Minerals Council of Australia has committed to working with the government to implement...