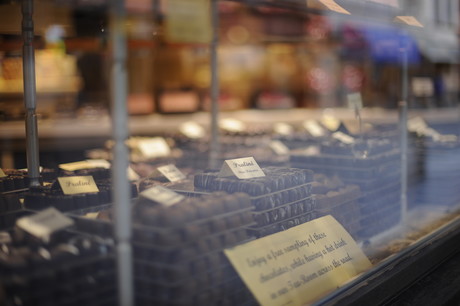 A Perth building company has been fined $5000 for negligence after it failed to carry out or supervise a renovation it had been commissioned to perform on a Fremantle chocolate store.

According to Western Australia’s (WA) Department of Mines, Industry Regulation and Safety, Ferhan Developments Pty Ltd allowed an unregistered third party to carry out the major renovations after winning a $236,158 contract and a building permit to perform the work. In WA, building work that requires a permit and is valued over $20,000 must be carried out by a registered builder.

At its July meeting, the Building Services Board found that Ferhan Developments had been negligent or incompetent in carrying out or completing a building service, which is a disciplinary matter under the Building Services (Registration) Act 2011. Building and Energy Acting Executive Director Saj Abdoolakhan said it was a serious matter for the company to hand over control of the project after the building permit was issued in its name and under its registration.

“This is a serious failure on the part of Ferhan Developments, which resulted in an unregistered builder undertaking major works without the involvement or even supervision of a registered builder,” Abdoolakhan said. “While there have been no complaints lodged in respect to the quality of the work carried out, it was negligent for Ferhan Developments to outsource its duties and responsibilities to another company or person that has not demonstrated, through the registration process, that it has the competencies to carry out that work.

“All registered builders must comply with their regulatory responsibilities and be aware that, if their name is on the building permit, they could be held liable for all the work carried out under that permit. They put themselves and the community at great risk when they relinquish control and offload those responsibilities to others, particularly if they are unregistered.”