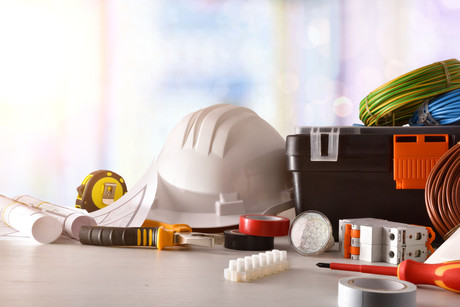 A “negligent” contractor has lost his electrical work licence for 10 years, as well as his contractor’s licence, for putting people and property at “serious risk from electric shock”.

It comes after the sole trader’s electrical work was found to have multiple serious defects, breaches against AS/NZ3000 and exposed live terminals in several locations, despite Queensland’s Electrical Licensing Committee assessing him as ‘competent’ in June 2019, according to Workplace Health and Safety (WHS) Queensland.

The committee also found he had no safety management systems in place; a lack of auditing of employees’ field work to ensure procedures, legislation and Australian Standards were being met; insufficient ongoing training of testing procedures; and poor maintenance of test result records.

As a result, the committee determined him “negligent and a danger to the community and work colleagues if allowed to continue to work in the electrical industry”. He was instructed to correct any electrical work defects and non-compliances at his own expense and was fined $3800 as the contractor and $3000 as the worker.

Disciplinary hearings were held for six other licence holders in July and August, including one who received an arc flash after he failed to isolate a switchboard before preparing conductor ends for termination into the main switchboard circuit breakers.

The committee determined that he lacked understanding of lockout/tagout and testing procedures and his failure to identify risks did not demonstrate electrical competence. He was fined $400 and his licence was suspended with a six-month deferral for completion of competency training without recognition for prior learning and verification of competency in electrical risk assessment, electrical isolation, lockout/tagout, dead-live testing and re-energisation following a safe system of work.

In the same incident, the electrical contractor was found to have failed to implement safe systems of work and procedures, adequately supervise the electrical worker onsite and adequately determine the worker’s competency before sending them to the job. The contractor had their licence suspended and was fined $1000.

Another contractor was fined $1000 and had their licence suspended after they assigned electrical work to two employees without knowing if they were licensed. The contractor failed to implement safe systems of work and the site was not de-energised correctly, causing an apprentice to suffer an electric shock, with potential for a more serious incident.

Both contractors had their licence suspensions deferred for six months — allowing an independent auditor to complete two audits ensuring the contractor has adequate electrical safety systems and procedures in place and for all qualified technical persons (QTPs) to complete competency units without recognition for prior learning.

Two more electricians were fined $400 each for failing to correctly de-energise their respective sites, causing their apprentices to suffer electric shocks. Both failed to implement safe systems of work and had their licences suspended.

Finally, an electrical sole trader was fined $500 as a contractor and $300 as a worker after they performed non-compliant electrical work and failed to follow installation processes, leaving exposed live parts during a kitchen refurbishment. Upon completion, the property owner noticed the defect and received an electric shock. The trader’s contractor and worker licences were both suspended, and he was disqualified from being a QTP. His contractor’s licence suspension was deferred for six months, allowing him to provide evidence of an assessment, safe system of work and inspection and test report on three completed jobs.

The three workers’ licence suspensions were also deferred for three months for completion of competency training without recognition for prior learning and to provide electrical competency in electrical risk assessment, electrical isolation, lockout/tagout and dead-live testing and re-energisation following a safe system of work.