Why action must be taken on truck driver health 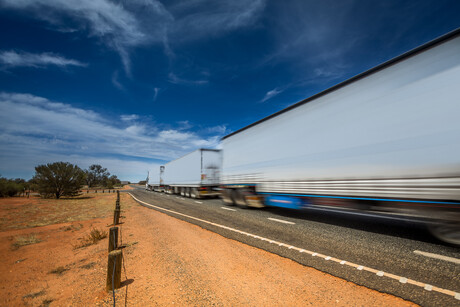 Research shows that the health of many male truck drivers is in peril, with 6067 lives predicted to be lost within a decade if nothing is done to improve the situation.

Truck drivers have a high prevalence of cardiovascular disease, obesity and hypertension, which has been attributed to long working hours, poor access to health care, exposure to physical and mental stress and other behaviours and occupational characteristics which contribute to poor health.

Published in The Journal of Occupational Rehabilitation, a Monash-led study has estimated the work-related mortality burden among truck drivers, using modelling to simulate the Australian male working-age population (aged 15–65) from 2021–2030.

The researchers also used data from the Driving Health study and other published sources to estimate work-related mortality and associated productivity loss, hospital and medication costs.

What does the research say?

The research found that a collective national effort was required to improve the health and wellbeing of Australian truck drivers, because inaction could cost an estimated $485 million in healthcare fees — as well as 21,173 lost years of life — due to work-related diseases or injury in the truck driving industry.

Previous research published in BMC Public Health has also demonstrated that transport and logistics workers have worse health outcomes than those in other industries, especially musculoskeletal and trauma-related injuries. In that study, three in 10 truck drivers reported three or more chronic health conditions. The most common of these was back problems (34.5%), while chronic pain was reported by 44% of drivers. In addition, the majority of drivers were classified as either overweight or obese.

“If the current state continues, there will be an enormous cost, not only for the individuals concerned, but also for the Australian economy,” said Program Lead, Associate Professor Ross Iles.

“The Driving Health project found there is no easy fix, but this analysis shows that even a small improvement in driver health will lead to savings of tens of millions of dollars.”

Study co-author Dr Caryn Van Vreden said there were some efforts underway but they were hampered by lack of funding and policy change from the government.

“Despite efforts to improve driver health by the industry, greater input from government and regulators is needed. This includes increases in funding and changes in policy to effect lasting change,” she said.

Research from Monash University in 2021 showed that 70% of truck drivers in Australia do not meet health and balanced diet guidelines.

As a consequence, Healthy Heads in Trucks & Sheds Foundation (HHTS) has launched a Nutrition Pilot Program — developed in partnership with Nutrition Australia — that aims to educate, raise awareness and encourage longer-term healthy eating among truck drivers.

Over a four-month period, HHTS will deliver educational content across social media platforms, the HHTS website and via existing partners operating in road transport, warehousing and logistics. In conjunction with this, 29 bp service centres across Australia are offering freshly cooked, healthier meals, 24 hours a day — catering to the needs of those working in the logistics industries. HHTS worked closely with bp and Nutrition Australia to develop a custom menu comprising healthy meal choices.

“Limited access to healthy food options is an ongoing challenge for many people working across the industry, particularly those who spend extended periods of time away from home or work in remote areas,” said Naomi Frauenfelder, HHTS CEO.

“The long-term goal is to roll out a national program that spans across the broader logistics industry, including warehousing and distribution centres where we can continue to share educational information, but also, influence on-site canteen suppliers and increase access to healthier foods,” said Melissa Weller, HHTS Director Industry Relations and Program Management.

How the fundamentals of data collection in OHS still matter in the age of digitalisation and...