Victoria "on notice" ahead of new workplace manslaughter laws 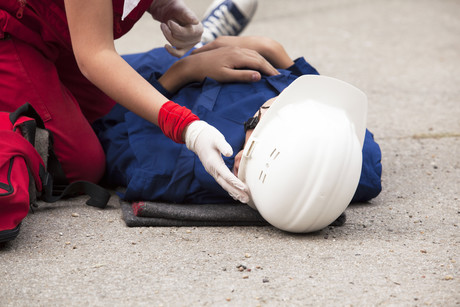 There were 24 worker fatalities in Victoria in 2019, which is one less than 2018 (when there were 25 fatalities) and three less than 2017 (when there were 27). “These are not numbers, these are people — fathers, mothers, sons, daughters, siblings, colleagues, team mates and community members,” said WorkSafe Victoria’s Chief Executive, Colin Radford. “Out of respect for those we have lost and their families, it is time we said enough. It is time to take strong and decisive action.” Although 2019 marks a decrease in fatalities in the state during the two years previous, when compared against fatalities data across the 2010s, last year’s figure ranks as the fifth highest (after 2017 with 27, 2016 with 26, and 2018 and 2011, both with 25). Over the last decade, there were just two years during which Victorian workplace fatalities dipped below the 20s, in 2015 with 19 and 2012 with 18.

Analysis of the 2019 Victorian workplace fatalities reveals that 15 occurred in regional areas, including six in Gippsland and nine in metropolitan Melbourne. Of those killed, all but one were male, and eight were aged 60 or over. The eldest was 73, who died after being crushed between his vehicle and an automatic car wash, while the youngest was two, who died when he was crushed by a spreader attachment, which fell on him while he was in a shed.

Failure to properly address major safety risks was cited by Radford as a common cause of workplace fatalities within the state. “There is simply no excuse for cutting corners when it comes to workplace safety,” Radford said. “All employers must take time to properly assess workplace health and safety risks and plan how to eliminate or manage them, because failing to do so can be fatal.” Of the 2019 deaths, moving machinery and heavy vehicles were the most deadly hazards for Victorian workplaces, accounting for nine of the state’s total fatalities. “The risks associated with moving machinery such as tractors, headers, trucks, mobile cranes and scissor lifts are well known so there is simply no excuse for ignoring them,” Radford said.

Farms claimed six lives during 2019, ranking them as among the state’s most dangerous workplaces, which was followed closely by construction sites, which claimed a further five lives. Alarmingly, two of the farm deaths involved children aged two and three years, who died as the result of machinery incidents last year. “Every year the same industries feature prominently in workplace deaths, which is not good enough,” Radford said. “From July, new workplace manslaughter laws will come into force. So employers are on notice to take their health and safety obligations seriously or risk jail if [their] negligence causes a worker’s death.” During February the regulator commenced a media campaign warning employers of the financial penalties and jail terms they would face under new workplace manslaughter laws. “If you show a reckless indifference to human life, you will face the full force of these new laws,” Radford said.

Raise the age of criminal responsibility to 14, say health experts

AI tech to assist clinicians in wound assessment and care

How AI is shaping the future of oral wellness