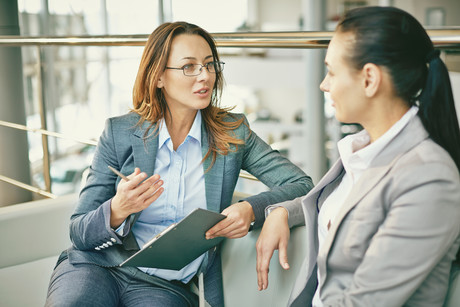 Line managers are not being given sufficient support to safeguard the mental health and wellbeing of workers, 2019 survey research suggests. More than 400 workers from a range of professions were surveyed as part of the United Kingdom (UK) study. This research was conducted by the Institution of Occupational Safety and Health (IOSH) in partnership with Management Today. The survey was informed by the belief that “line managers can be a key asset in creating healthier, happier and more productive workforces, providing they are equipped with the relevant skills”, according to IOSH.

The survey found that 62% of participants reported not receiving enough organisational help to support the mental wellbeing of staff, with only 31% reporting that they felt sufficient training had been provided to assist them in recognising the signs of poor mental health in direct reports. Further, more than half of businesses (57%) reported that they offer no mental health and wellbeing training for their managers; while for those that did have support and training initiatives in place, this was optional rather than mandatory in more than two-thirds of cases (79% compared with 22%).

“What the survey findings tell us is that there’s still much to be done in convincing businesses they need a ‘prevention first’ approach to managing mental health and wellbeing,” IOSH’s Head of Advice and Practice, Duncan Spencer, said. “The good news is that there’s affordable advice and training out there to help them do so.” Spencer also highlighted the need to focus on the role that line managers have to play in preventing mental ill-health: “Line managers are vital in creating workplaces that are positive for people’s mental health and wellbeing. We know work is only one factor in someone’s mental health but working for an organisation that’s serious about creating a work culture that doesn’t cause issues such as stress and anxiety can make such a difference.”

The survey also found that the stigma of mental health remains a major stumbling block for workers reaching out and seeking support; with 80% associating a fear of stigmatisation and being perceived as incapable in their role with reluctance to discuss mental health concerns with line managers. Further, 30% of those surveyed reported concerns that raising the issue would result in being treated differently. In the words of one worker surveyed, “I have been diagnosed with anxiety and depression but never admitted to it at work for fear of being stigmatised.”

“Businesses need to be working hard to break down the taboos surrounding mental health and creating more open lines of communication,” Duncan said. “They need to be supporting their managers to fulfil their role by equipping them with the skills and knowledge to promote positive mental health, but without placing unrealistic expectations on them. In return they will reap the rewards of happier, healthier, more engaged and productive employees.” In the UK, employers are compelled by law to provide training on physical health and safety; the results of this survey suggest that “it is time the same requirements applied to mental health”, IOSH said.

The survey results have informed a white paper titled ‘Workplace wellbeing: the role of line managers in promoting positive mental health’, which is available here.

Video: an effective tool for staff training and engagement