Road to recovery: returning to work after injury 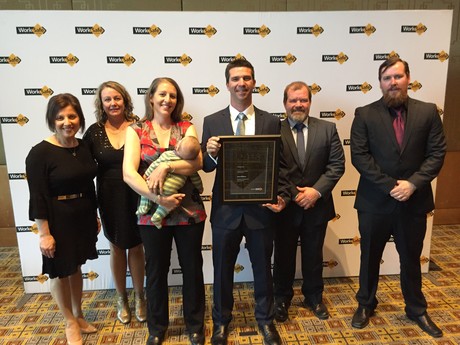 Returning to work after a serious accident is often a difficult prospect.

Not only do physical and psychological injuries take time to heal, but sometimes carrying out the same job as before will be challenging, or impossible.

However, getting back into the workforce is the key to faster recovery for those who have suffered injury.

Chris Williams, an arborist at Greater Shepparton City Council, has recently undergone a lengthy rehabilitation process after a car accident at work in 2016 left him with serious injuries. He has now adapted to an office-based role since his return to work and said that the journey to get to this point has been a long and challenging one.

“In the beginning, I wasn’t sure I’d be able to walk again, or if I’d be able to have children in the future. That was really hard. My partner was actually pregnant at the time of my accident, which also made things challenging,” Williams said.

“I was driving when the incident took place, but no-one else was injured except me. I was so glad about this, and I think it is what helped my psychological recovery. If someone else had been hurt I don’t think my mental recovery would have gone very well.

“I was conscious when I had my injuries — I remember the impact and the emergency services arriving. I also remember being cut out of the vehicle — they sedated me while they were taking me out of the truck to make it less painful. I was awake when the emergency helicopter came to collect me, but it starts to get a bit hazy after I arrived at the hospital.”

Williams initially spent three weeks in hospital, before he was transferred to Epworth Rehabilitation Hospital.

“While I was there, I learned how to walk again — I came in on a stretcher and I walked out on crutches. The team there is absolutely amazing and helped so much with my recovery,” he said.

Between August 2016 and February 2017, Williams underwent home-based rehab, including hydrotherapy and physiotherapy, which formed a critical part of his recovery. However, healing his physical injuries was only a part of the process on his journey back to work.

“During that six months I learned a lot about mental strength and positivity,” he said.

“My partner taught me to break tasks down into smaller pieces to make them more manageable — it might take you a lot longer to achieve something that way, but you are still achieving it, so it was a good mindset to learn.”

Greater Shepparton City Council has systems in place to support employees who have sustained injuries while at work. In Williams’ case, he has been surrounded by a network of key staff, who have helped him manage his transition back into the workplace. He has also been able to remain on the same team where he worked previously, though it is now an office-based role instead of an outdoors one.

“I’ve remained on the same team as before, but now I’m doing all the backend work and data entry, helping to track all the trees in our municipality,” he said.

“This has freed up my boss, who was stuck at a computer before doing all this stuff. Now he’s got more time to go and carry out the tree inspections. We’ve also got a new arborist reporting to the team, and he’s been getting my support as a new employee. I’ve been helping him with the role and passing on my knowledge.”

Williams said that there have been some challenges associated with retraining for an office role, such as having to learn to use the computers and council systems that he had not used before. However, the biggest challenge for him has been getting used to working indoors.

Since undergoing his rehabilitation, Williams has now recovered enough to return to work five days week.

“I have been recovering well and looking to boost my hours — I’m currently working Monday to Friday and we are looking at me moving back to full-time hours by the end of the year. Then we’ll assess and see how I’m coping,” he said.

Williams’ recovery process has been so successful that he recently won WorkSafe Victoria’s Return to Work Achievement award for 2018. He has also become an advocate for workplace and road safety, giving council presentations and speaking at at the Cool Heads road safety program, designed to teach young people about safe driving.

The WorkSafe Awards celebrate the achievements of both injured workers who have overcome barriers to return to work and individuals and organisations that have contributed to workplace health and safety and helped others return to work.

In light of the coronavirus outbreak, employees and employers must be aware of their entitlements...