How the temperature affects workplace injuries 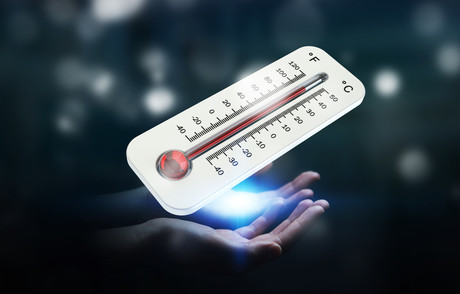 The risk of workplace injuries increases in hot and cold environments, according to a new study from Spain.

The study, carried out by the Barcelona Institute for Global Health (ISGlobal), found that moderate and extreme ambient temperatures increase the risk of occupational accidents.

Researchers analysed data on nearly 16 million occupational injuries that occurred in Spain over a 20-year period. It found that cold and heat increased the risk of occupational injury by 4% and 9%, respectively.

Heat and cold are believed to be associated with a higher risk of occupational injury, but the existing scientific evidence consists of only a handful of studies with a small number of cases and a limited geographic scope, and the economic impact has never been analysed in detail.

The new study, published in Environmental Health Perspectives, is the first to analyse data from an entire country and evaluate the economic impact. Researchers analysed data related to nearly 16 million occupational injuries in Spain between 1994 and 2013 that resulted in at least one day of sick leave. This information was analysed in relation to the daily temperatures in the province where each injury occurred.

“Exposure to moderate to extreme temperatures may have played a role in over half a million of the workplace injuries that occurred during the study period,” said ISGlobal researcher Èrica Martínez, lead author of the study.

According to Martínez, the biological mechanisms linking exposure to extreme ambient temperatures to the risk of occupational injury “are not yet fully understood”. The most common types of injuries analysed in the study were bone fractures and superficial injuries.

“This suggests that the underlying mechanism could be related to impaired concentration or judgement, which would affect occupational safety,” she said.

Moreover, temperature-related effects were not limited to the day of exposure; a “pattern of delayed impact”, possibly caused by cumulative fatigue and dehydration, was observed in the days following exposure.

As for the economic impact of non-optimal temperatures, the study found that temperature-related loss of working days had an annual cost of more than EUR360 million, representing 0.03% of Spain’s gross domestic product in 2015. Moderately high temperatures contributed the most to the economic losses.

“Most workplace injuries can be attributed to moderate heat and moderate cold. This shows us how important it is for public health policies and plans to take moderate temperature ranges into account, since they are more common than extreme temperatures and account for a larger share of total injuries.”

Preventive measures that could be incorporated into public health policies include restricting work during the coldest and hottest hours, taking rest breaks, ensuring proper hydration and wearing appropriate work clothes.

Foodmach joins the fight against COVID-19

No shortage of Easter eggs this year