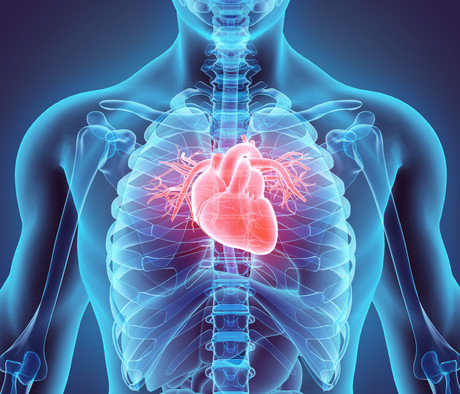 Published in the European Journal of Preventive Cardiology, the research suggests that being stressed at work was associated with a 48% higher risk of a heart rhythm disorder called atrial fibrillation.

The most stressful jobs are psychologically demanding but give employees little control over the work situation — for example, assembly line workers, bus drivers, secretaries and nurses.

"We need people to do these jobs but employers can help by making sure staff have the resources required to complete the assigned tasks. Bosses should schedule breaks and listen to employees' ideas on how the work itself and the work environment can be improved," said Dr Eleonor Fransson, study author and Associate Professor of Epidemiology, School of Health and Welfare, Jönköping University, Sweden.

Atrial fibrillation causes 20–30% of all strokes and increases the risk of dying prematurely. One in four middle-aged adults in Europe and the US will develop atrial fibrillation. It is estimated that by 2030 there will be 14–17 million patients with atrial fibrillation in the European Union, with 120,000–215,000 new diagnoses each year.

"Atrial fibrillation is a common condition with serious consequences and therefore it is of major public health importance to find ways of preventing it. Little is known about risk factors for the disease and especially the role of the work environment," said Fransson.

This study assessed the link between work stress and atrial fibrillation. The study included 13,200 participants enrolled into the Swedish Longitudinal Occupational Survey of Health (SLOSH) in 2006, 2008 or 2010. Participants were employed and had no history of atrial fibrillation, heart attack or heart failure. At study inclusion, participants completed postal surveys on socio-demographics, lifestyle, health and work-related factors.

Work stress was defined as job strain, which refers to jobs with high psychological demands combined with low control over the work situation. The survey included five questions on job demands and six on control — for example: Do you have to work very hard or very fast? Are there conflicting demands in your work? Do you have enough time to complete your work tasks? Does your work include a lot of repetition? Can you decide how and what to do at work?

During a median follow-up of 5.7 years, 145 cases of atrial fibrillation were identified from national registers.

"In the general working population in Sweden, employees with stressful jobs were almost 50% more likely to develop atrial fibrillation. The estimated risk remained even after we took into account other factors such as smoking, leisure time physical activity, body mass index and hypertension," said Fransson.

The authors then pooled their results with two other studies on the same topic and found that job strain was associated with a 37% increased risk of atrial fibrillation.

"Across studies there was a consistent pattern of work stress being a risk factor for atrial fibrillation," said Fransson.

"Work stress has previously been linked with coronary heart disease. Work stress should be considered a modifiable risk factor for preventing atrial fibrillation and coronary heart disease. People who feel stressed at work and have palpitations or other symptoms of atrial fibrillation should see their doctor and speak to their employer about improving the situation at work."