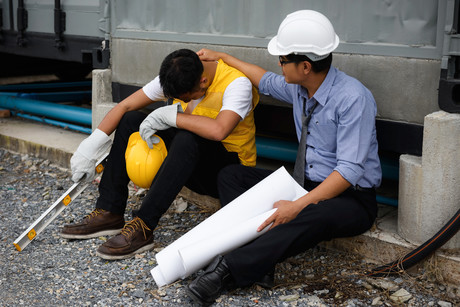 Researchers who conducted a global literature review on bereaved employees returning to work have found that the majority of workers do not receive sufficient support from their managers and employers. The study was published this year in the academic journal Policy and Practice in Health and Safety and was undertaken by Leanne Flux, Alex Hassett and Margie Callanan from Canterbury Christ Church University. With the aim of understanding how bereaved employees experience workplace support, the researchers reviewed 15 papers from which three common themes emerged. These themes were: emotional support, informational support and instrumental support.

Although the researchers did find cases where employers were reported to have displayed flexibility and sympathy towards bereaved workers, employers were also found to have been less responsive, and even “insufficient” in certain areas of the workplace support they provided. In their literature review the researchers also found that in several studies workers reported that managers and employers made little or no acknowledgment of the difficulties bereavement caused and described having to endure stressful and demanding workplace scenarios — such as work meetings that required high levels of concentration — soon after returning to work.

“The aim of this global literature review was to explore how employers were found to respond to bereaved employees,” lead researcher Flux said. “It has offered an insight into what support is received and what may be lacking. We found a lack of response specifically in long-term support, a lack of clarity around how much time is allowed off work for the bereaved, a lack of clear HR [human resources] guidance in the way forward and a lack of understanding in how to performance manage a bereaved employee.”

The literature reviewed as part of the study spanned a more than 20-year period — from 1995 to 2018 — with the researchers’ criteria for inclusion being that the extant scholarship reported on the shared experiences of adult employees who had gone through bereavement and included their perception of treatment in the workplace during absence and following return to work. The researchers found that many workers were expected to resume work responsibilities within several days of personal loss, despite the research also indicating that one of the most helpful gestures of support reported by bereaved employees was to receive time off work with pay.

On the significance of the study, Flux said, “Understanding bereaved employees’ experiences of workplace support will not only create awareness and knowledge of what best practice support looks like to them, but may assist to develop individualised care and support for employees who may be experiencing mental distress in the workplace.”

Some other commonly cited management support strategies that bereaved workers found helpful included: workload and duties relief, and the option of flexible work hours. The review also confirms that recognition of the impact personal trauma has, and showing sensitivity and the offer of a sympatric ear, were appreciated by workers experiencing bereavement. The study is titled ‘How do employers respond to employees who return to the workplace after experiencing the death of a loved one? A review of the literature appeared in volume 17, issue 2 of Policy and Practice in Health and Safety, a journal of the Institution of Occupational Safety and Health published by Taylor & Francis.