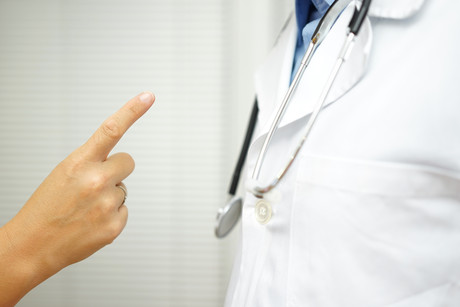 The rate of violence against paramedics and other medical staff has been accelerating over the past few years.

A study carried out by Central Queensland University — based on data from Safe Work Australia — found that the rate of violence-related injury among paramedics in Australia went from six to 12 cases per million ambulance calls per year between 2003 and 2014.

Although these statistics are alarming enough, it is thought that the true figures could be higher again because incidents of aggression or violence are not always formally reported by medical staff.

In fact, nearly 70% of Victorian nurses and midwives responding to a Monash University survey reported that they had experienced aggression or violence at work in the past year, with a quarter of those experiencing violence or aggression on a regular basis.

In an effort to deal with the escalating violence, various states around the country are implementing new safety measures designed to protect frontline health workers as they carry out their duties.

In Queensland, paramedics have introduced a drug called droperidol, which is administered to quickly and safely calm violent patients who are affected by alcohol and drugs.

With backing from the Emergency Medicine Foundation (EMF) Australasia, the Queensland Ambulance Service (QAS) has also conducted what is claimed to be the world’s first comparison of the standard sedative, midazolam, with droperidol in a prehospital setting.

The investigation found that droperidol sedated patients nearly 70% more quickly, was three times safer and significantly fewer patients needed additional sedation either in the ambulance or once in hospital in comparison to midazolam.

“Midazolam is the accepted standard internationally, but it can have significant side effects so there’s been a huge gap in paramedics’ ability to safely sedate violent patients,” said QAS Executive Manager Clinical Policy Development Lachlan Parker.

“Our paramedics and emergency department staff welcome the impact droperidol is having and there are some amazing stories of how it quickly it works to calm really aggressive and violent patients.

“It’s also simple to administer, there are much fewer side effects, it rarely over-sedates and patients wake up much nicer.”

“Sadly, there are thousands of incidents each year where frontline healthcare workers are subject to violent outbursts, mostly as a result of alcohol and drug abuse,” he said.

Townsville Hospital has introduced body-worn cameras in its efforts to increase the safety of staff and patients. It has purchased 15 cameras at a cost of just over $20,000, designed to be activated during an aggressive or violent incident. This follows 687 occupational violence incidents across the Townsville HHS in 2017, which was an increase of 562 cases from 2016.

Minister for Communities and Minister for Disability Services and Seniors and Member for Mundingburra Coralee O’Rourke said the cameras would send a clear message to people in the community who abuse or attack health workers.

“If you punch, bite or spit on the people who are trying to care for you or your family you will be filmed, and that footage will be given to the police to prosecute offenders,” she said.

Townsville Hospital and Health Service Board Chair Tony Mooney said he had seen the sorts of violence staff and patients had been exposed to.

“I’ve seen a patient brandishing a flag as a weapon, fights in the emergency department and objects thrown at staff,” he said.

“Within the space of a couple of hours, a nurse was allegedly bitten by a patient and a security officer was allegedly punched in the face.

“This sort of behaviour is clearly not acceptable and the Townsville Hospital and Health Board will do everything within its power to protect our staff and patients from these sorts of appalling incidents.”

Meanwhile, the WA Government is rolling out stab-proof vests and duress alarms for its staff across the health system, after more than 11,000 incidents of violence and aggression were reported during 2016–2017.

“The provision of protective equipment in the form of anti-stab vests and duress alarms is an unfortunate but necessary precaution given the levels of violence and aggression being reported across our health system, particularly in our hospital emergency departments,” said Health Minister Roger Cook.

“The purchase of this equipment will complement a range of other security measures in place to enhance the safety of the work environment for these highly valued workers.”

Over the next three years, WA Health will purchase 250 anti-stab vests for the state’s major hospitals, and 2500 personal mobile duress alarms to reduce the risk of injury at home visits, as well as protecting staff in remote nursing posts. The security needs of high-risk sites will be addressed in 2018–2019, with protective equipment to be rolled out at other at-risk sites in subsequent years.