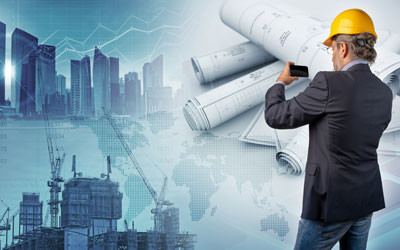 Researchers in the UK have found that multimedia digital tools could hold the key to a reduction of construction accidents if used in the design stage. The Glasgow Caledonian University (GCU) researchers found that such tools could assist civil engineers and architects by improving knowledge of hazards during the design phase, via a practice they refer to as ‘Designing for Occupational Safety and Health’.

Extant scholarship indicates that as much as half of construction accidents in the UK can be associated with the design of a building. Therefore, improving designers’ knowledge of hazards from the outset could help reduce the likelihood of an accident, and allow for safety to be designed into building work. This is especially important given that increasingly professional design institutions are removing the requirement for civil engineers and architects to remain on construction sites for extended periods. A change in practice could impact on the construction knowledge of those involved in the design of construction projects, and may have implications for workplace health and safety (WHS) knowledge as well.

The researchers recruited 40 designers from two typical industry groups of civil engineers and architects to take part in the study. Of this sample, half represented novices, while the other half were experienced design professionals. Participants were then divided into two groups: one experimental and one control. The experimental group was a multimedia user group, while the control group was a non-user group, the latter group of whom were permitted to refer to the internet for help.

Both groups were then asked to assess computer-aided design drawings and to identify hazards and from this, and to make decisions around how to design for WHS. In other words, the study set out to test the effectiveness of a multimedia digital tool compared with general internet searches. The researchers had a particular interest in discovering — via quantifiable means — how designers’ abilities to foresee and address WHS-related hazards in designs differed across the two supporting information modes.

Variation between the two groups was significant. Architects using the multimedia digital tool identified a total of 599 hazards, a number three times in excess of the hazards identified by the group not using the tool. Even more significantly, civil engineers using the digital tool were able to identify five times as many hazards compared with those in the control group. And across both professions the scope of hazards identified was double that of the control group.

The research provides empirical evidence that such technology could be utilised by architects and civil engineers to remedy hazards at the project design stage, and before construction commences. The research also suggests that safer, completed structures could be the result of factoring in a larger range of potential hazards into the planning (and construction) stages of a build.

On why the digital tool was so effective, Professor Billy Hare, Deputy Director of GCU’s Built Environment Asset Management (BEAM) Research Centre and lead researcher on the project, remarked: “A key factor for this research was the visual nature of the digital tool’s content, which seemed to work best with new graduates. But its real potential lies in being able to capture tacit knowledge from more experienced designers for the next generation to counter the age-old problem of organisational memory loss and prevent the same old mistakes that cause accidents and ill health from being repeated.” Hare also noted: “We are now looking for partners to develop the prototype digital tool for full-scale industry use.”

This research, titled ‘Improving designers’ knowledge of hazards’, was funded by the Institution of Occupational Safety and Health (IOSH) and is freely available here.

Elevate your digital journey — it's 2021 already

As a risk and/or safety management professional, are you engaging in and embracing the digital...

Modern organisations across several industries are turning to paperless solutions to manage their...

The dangers of too much screen time