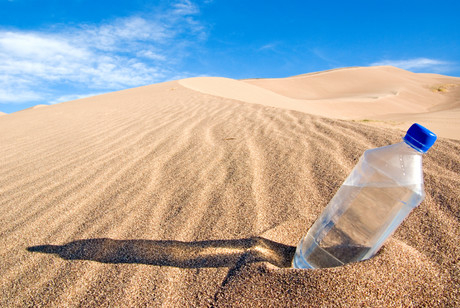 Workers in Europe are failing to maintain water balance in their bodies, according to a new study.

The scientific paper indicates that occupational safety and performance in seven out of 10 workers across several European industries is negatively affected by a combination of heat stress and failure to maintain water balance.

The study combines field observations and motor-cognitive testing in the lab, and was conducted by the Pan-European Heat-Shield project coordinated by researchers from Department of Nutrition, Exercise and Sports at University of Copenhagen.

The importance of preventing dehydration has received much attention in health and work-safety advisories, as well as highlighted in the media during hot periods. It is therefore astonishing that seven out of 10 workers are not adequately hydrated already at the onset of work.

"The very high prevalence of dehydration was a surprise to us, and the potential influence on workers' cognitive function and motor performance in key industries is quite problematic, because it markedly increases the risk of making mistakes and therefore threatens both safety and productivity," said Professor Lars Nybo from the Department of Nutrition, Exercise and Sports at University of Copenhagen, and project coordinator for Heat-Shield.

During the last two years, the Heat-Shield project has assessed hydration status at the onset and the end of work shift across five different European industries. The study included 139 workers from four different countries; Denmark, Cyprus, Greece and Spain, and respectively working as manufacturing workers (in the aluminum industry) or as agricultural workers, police officers, tourism workers and construction workers.

The study combines field data with advanced testing of cognitive and motor function, and demonstrates how the combination of dehydration and occupational heat stress is a significant threat to productivity and safety. The impaired cognitive and motor task performance is problematic in many occupations, as they rely on the worker’s cognitive function, such as their ability to keep focus on a task and react appropriately to occupational challenges.

For agricultural workers dehydration is a problem that is aggravated during work shifts, but across all industries it is mainly failure to rehydrate from day to day that causes a state of mild to moderate dehydration. In itself a health problem, when combined with heat stress it markedly influenced the ability to perform complex tasks. This may indeed influence productivity, but it can be a threat especially to safety at work places with high environmental temperatures.

Andreas Flouris, Associate Professor at the University of Thessaly, Greece, and head of the field studies conducted in Southern Europe, emphasised that the problem could be even bigger in the near future.

"This is already a problem under the current conditions. However, facing a future with more frequent heatwaves it is of utmost importance for workers to adopt better hydration habits and for companies to develop effective hydration strategies,” Flouris said.

Considering that many occupational tasks such as handling of industrial machinery, driving, harvesting etc rely on alertness and the ability to integrate multiple input and react appropriately, it is of great importance to emphasise the importance of informing on the consequences of dehydration and the needs for adopting appropriate prevention.

These findings suggest that prevention plans with implementation of suitable and more effective hydration and rehydration strategies are warranted at workplaces to minimise the negative effects of dehydration on workers’ performance, when they are exposed to occupational heat stress.

In light of the coronavirus outbreak, employees and employers must be aware of their entitlements...