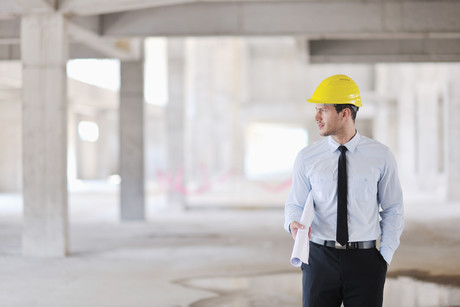 30% of Australian construction firms take a ‘safety first’ work health and safety (WHS) approach, a recent report reveals. This is compared with 40% of construction firms that adopt a ‘business as usual’ approach and 30% that have ‘vulnerable’ approaches to WHS. Safety Solutions takes a look at this three-tiered model, what each of its categories mean and how they are reflected in the report’s key findings.

The Australian report released in November 2019 explored attitudes, practices and technology use in the construction sector. It found that more than three-quarters (76%) of businesses surveyed placed ‘accident-free workplaces’ as their top priority; yet it also revealed that more work is needed within the sector, especially in the area of mental health. The research, published in a report titled ‘Safety InSite: Examining WH&S in Australian Construction’, was commissioned by Procore Technologies and conducted by ACA Research. For the research, 287 construction firms were recruited — from ‘micro’ (0–10 employees) up to ‘large’ (500+ employees) businesses — to take part. Of the construction firms that participated, the majority were ‘micro’ and ‘small’ (11–99 employees), accounting for 81% of the firms, while ‘medium’ (100–499 employees) and large firms accounted for 19%.

The research found that 82% of respondents have a formal WHS policy in place, with 83% of businesses believing safety is every person’s responsibility, and 79% believing workers should be more involved in WHS decision-making. A notable finding was that while most businesses placed policy design, compliance monitoring, risk management and issue resolution in the hands of site managers and those in leadership roles, more than three-quarters (78%) of construction firms concluded that the main cause of incidents was due to a lack of care by on-site workers.

Mental health also emerged as an area in need of greater attention within the sector. Despite acknowledgement by the majority of firms involved in the study that stress, working overtime and mental ill-health posed a significant risk to onsite and office safety, only 40% of firms reported having a mental health strategy in place. This is a significant finding for the sector because, as the report notes: “Mental health issues are especially prevalent in construction where suicide rates are also unusually higher than other industries.”

In the realm of safety leadership, the researchers identified three key ‘types’ or categories from the data: ‘safety first’, ‘business as usual’ and ‘vulnerable’.

This top tier of safety leadership was reserved for companies that “have the highest commitment to WH&S”, according to the report. Approximately 30% of respondents were assessed as meeting this type. Criteria for inclusion in this category included a demonstrated high and consistent level of WHS commitment that is evident at all levels of staff, “from the business leadership to site managers and team leaders, through to contractors, trades and office staff”, according to the report. Construction firms in this category reported fewer workplace incidents and were most confident that their policies and processes were fit for purpose.

Business as usual construction firms were those with an ‘average’ commitment to WHS. Accounting for 40% of included firms, this was the largest cohort of businesses. At this level, businesses typically exhibited an average commitment to WHS at senior ranks — such as in leadership and site management — and a lower level of commitment on behalf of site and office workers. Notably, the report states that it was more common for companies in this tier to be ‘established’ and operating in the commercial building space, with above average turnover. While there is still a strong commitment to WHS standards, businesses in this category “admit to themselves they can do better”, according to the report.

In the third and final tier, businesses exhibited the lowest commitment to safety, accounting for 30% of firms surveyed. Firms in this category demonstrated limited WHS involvement from leadership positions and were, on average, organisations that generated lower turnover, but were represented by companies of varying size and locale. Notably, businesses in this group were also more likely to have experienced the greatest number of incidents (across all severity levels) over the three months previous. The report does note that inclusion in this tier does not mean these “companies are not considering safety or upholding regulation and compliance”. Instead, it is stated that the “research simply identifies some blind spots and softer areas that can be improved”.

Training and technology were other WHS areas explored, and offered further insight into the practices of companies within each tier. In training, 62% of safety first and 67% of business as usual firms reported holding training at regular intervals throughout the year, compared with 45% of ‘vulnerable’ firms. While in the technology space, business as usual firms were the most data-driven, and across the board more than half (57%) expressed a belief that technology will help them to improve safety within their business. Safety first firms were also identified as exhibiting an ‘agility’ in identifying risks and documenting procedures or policies to address these. This quality, the report argues, “is giving them a competitive edge in safety and their business”.