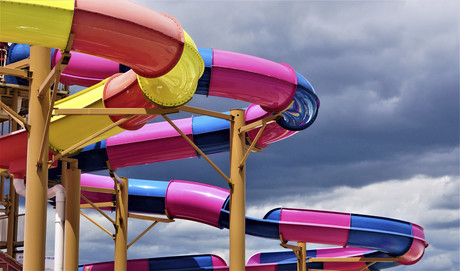 On 24 February 2020, the same day that the Coroners Court of Queensland released its findings into the 2016 deaths of four people on the Thunder River Rapids Ride (TRRR) — an aquatic-based family-oriented moderate thrill ride that was designed to simulate the sensation of white water rafting — at Dreamworld on the Gold Coast, the Queensland Government released a statement confirming that the “majority of recommendations in the findings have already been implemented by the decisive steps we have taken in the past three years to improve safety on amusement rides” and outlined its “new regulatory framework [that …] fundamentally improves the approach and safety standard for amusement rides and theme parks in Queensland”. The statement comes from the Minister for Education and Minister for Industrial Relations, Grace Grace, who describes the laws Queensland has introduced as “nothing short of world class”.

The Dreamworld tragedy saw the deaths of Kate Goodchild, Luke Dorsett, Cindy Low and Roozbeh Araghi on 25 October 2016 at Australia’s largest theme park. The victims boarded Raft 5 of the TRRR at around 2 pm and navigated its water course without incident. Yet after being picked up by the conveyor at the end of the ride and moved towards the elevated unloading area, Raft 5 collided with another raft that had become stranded. Raft 5 continued to travel on the conveyor and was lifted vertically, after which the deaths occured. Two patrons of the ride were able to free themselves, yet “Ms. Goodchild, Ms. Low, Mr. Dorsett and Mr. Araghi were caught in the mechanism of the ride, and were either trapped in the raft or ejected into the water beneath the conveyor”, according to the Coroners’ findings. A coronial investigation followed.

According to the Coroner, among the issues identified for investigation during the pre-inquest hearings (conducted on 3 April 2018 and 25 May 2018) were: the ride’s construction, maintenance history and safety measures; whether operator-staff training had been sufficient; a consideration of the regulatory environment and applicable standards by which amusement park rides in Queensland and Australia operate, including any requisite changes to these; and what further actions and safety measures should be implemented to prevent a similar incident from occurring in the future.

On the subject of the theme park owner (Ardent Leisure) and its conduct under work health and safety law, the Coroner finds:

“It is reasonably suspected that Ardent Leisure may have committed an offence under workplace law. Whilst various breaches of the WHS Act have previously been considered by OIR [Office of Industrial Relations (Workplace Health and Safety Queensland)] with respect to this incident, the details of which have been included in the inquest brief, given the significant further documentary material provided during the course of the coronial inquiry, and produced at inquest. I refer my Findings and the evidence gathered in the course of the Inquest to OIR for further consideration as to these matters. Whether there is sufficient evidence to proceed to prosecution is a matter for OIR.”

“The Queensland Government accepts the coroner’s findings,” Grace confirms in her statement. “The matter has been referred to the independent Work Health and Safety Prosecutor to decide whether action will be taken against Dreamworld’s owner, Ardent Leisure, under the Work Health and Safety Act.” Grace also notes: “The majority of recommendations in the findings have already been implemented by the decisive steps we have taken in the past three years to improve safety on amusement rides. But we are conducting a thorough examination of the recommendations to determine if more needs to be done to ensure the highest levels of safety in theme parks.”

As per the regulator response, Grace uses her statement to advise that Workplace Health and Safety Queensland has had its capabilities “strengthened […] through a stronger focus on enforcement and compliance, including comprehensive annual audits on all six major theme parks”. Grace also notes that 33 additional inspectors have been employed, with three engineers among them, who will oversee new safety requirements for major amusement parks. Grace also confirmed that training specific to amusement device safety now forms part of the training that inspectors receive.

“If more regulatory action is needed, we will act swiftly,” Grace said in concluding her statement. “We are committed to providing the highest safety standards, from rides at carnivals and school fairs, to those at our major theme parks.” In its 2019 annual financial report, Ardent Leisure stated that the theme parks division “continued to be adversely impacted by the TRRR incident in October 2016”.

The full Coroner’s report can be found here.