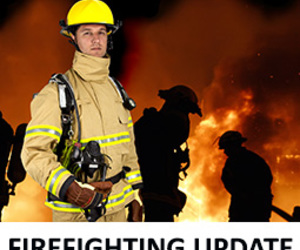 Elliotts has introduced a new element to the existing Structural Firefighting Systems to add additional protection and increase the safety of the wearer. The thermal liner has been replaced with the latest T-Guard II Plus in the Nomex systems and T-Guard I Runner in the PBI Systems offering safety and wearer comfort. The only change that will be seen in the visual aspect of the suits is that the liner which was previously red is now a royal blue.

Structural protective clothing is constructed of multiple layers of materials. Each material has a very specific purpose. Construction must include an outer shell and a thermal liner and can be constructed with or without a moisture barrier.

The moisture barrier (Stedair 3000e) is the middle layer of the three-layer turnout composite and is constructed of moisture-resistant yet breathable film that is laminated to a substrate for stability. It protects the wearer and the garment’s thermal liner from water, steam, moisture penetration, chemicals and bloodborne pathogens. It also allows the outward passage of moisture vapour so that some body heat can escape. AS 4967 allows the end user to choose whether to use a moisture barrier or not, depending on their specific requirements.

The thermal liner (T-Guard II Plus and T-Guard I Runner) is a vital part of a firefighter’s protective clothing. The thermal liner is constructed of layers of flame-resistant, thermally insulative non-woven fabrics that are attached to a woven facecloth for stability and strength. It insulates the wearer from the effects of extreme heat encountered during structural firefighting operations.

The Elliotts range of Structural and Wildland Protective Clothing for Firefighters is certified by SAI Global to either AS 4967 or AS4824.

I am interested in Elliotts Structural Firefighting Systems upgrade .

Complete the form and a supplier representative will be in touch. 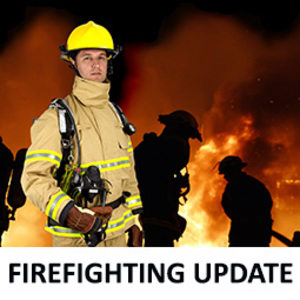