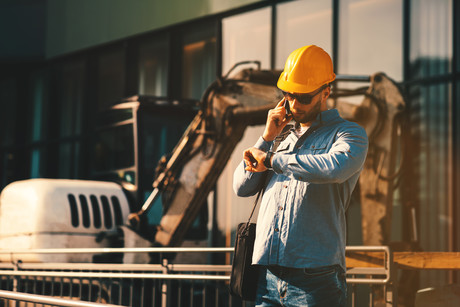 The nature of lone and isolated work means that these workers face additional risks, such as from their location, which may make it more difficult for them to raise an alarm in times of crisis. Peninsula Health’s MePACS personal alarm range has been running for 30 years, and following a collaboration with Samsung Electronics Australia and Vault Intelligence, MePACS Solo can now run on the Samsung Galaxy Smart Watch.

“MePACS Solo, powered by Vault, is designed to keep lone workers connected and safe,” MePACS Executive Director Peter Lotz said. “Workers out in the community can raise an alert simply by tapping the watch. They are then provided with a guaranteed 24/7 emergency response from one of our trained MePACS professionals within two minutes.”

The duress alarm has a GPS locator built in, which is a feature meant to help emergency response operators to get help to the location soon after the alert is raised. “It is that simple for the worker, yet the benefits are tenfold,” Lotz said. “The device ensures help is always just a few taps of the watch away, so workers feel safe and know they are better protected wherever they go.” Other features of the device include a check-in function, which provides an alert to MePACS if a worker does not check in at a designated time, together with a fall detection sensor that triggers a similar alert. The device also has analytics and data reporting aspects. “Managers of lone workers who have MePACS Solo are given peace of mind knowing that MePACS will be able to identify and provide appropriate support if anything out of the ordinary happens,” Lotz said.

Additional to its primary role of protecting workers at risk of occupational violence or hazards associated with lone and isolated work, the device is also designed to be waterproof, with a long battery life, and has a heart rate monitor and steps tracker. “The combination of Vault’s leading software, Samsung’s Galaxy Watch, Telstra’s coverage and the 5-star 24/7 response centre from MePACS delivers lone workers and their employers the assurance they deserve,” said Vault’s Chief Operating Officer, David Rose. MePACS Solo was undergoing an initial trial by La Trobe Community Health and Eastern Health in December 2019 and expected to be available to organisations in 2020.

The Blundstone #989 is a lightweight industrial boot that is suitable for heavy industrial work,...

With the StaySafe lone worker app, employers can see the location and safety status of lone...

Gain visibility and control over your food safety practices

Cybercrime: how to protect your business, your patients and yourself

Australians ageing up to nine years faster than they should be

Robotic recycling system could save soft plastics from landfill

Emmi brings carbon into mainstream finance — is this the end of greenwashing?

On the road to net zero