Staying safely hydrated in the workplace 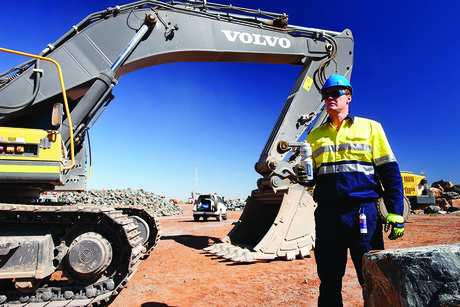 A safety manager working on a major construction project in the north-west of Western Australia has stressed the importance of worker hydration, heat stress management and education.

Freo Group HSE Manager Warwick Roe emphasised the importance of electrolytes in preventing the potentially deadly condition of hyponatremia, resulting from the overconsumption of water which dilutes blood sodium levels.

“We did have a case of hyponatremia last summer and other companies working on-site also had a few cases.”

Speaking of the 2015 incident, Warwick said the affected worker had been working in extremely hot conditions and had drunk around 10 L of water throughout the day.

“Fortunately he rang the medical centre in camp and they were able to come and get him. He was in quite a bad way and required urgent medical attention.”

The post-incident investigation found the man could not quench his thirst no matter how much he drank — a key indicator that something is not right.

Heat stress is another issue on the Freo site, according to Warwick, who said workers with poor diet and physical fitness are most at risk, as are those at the beginning of a swing.

He said that training and education are critical to managing risks and discussed how implementing industrial hydration solutions provider THORZT’s scientifically backed hydration and heat stress management program has been embraced by workers.

“We’ve been running it for over two years now and it’s a great program.

“It comes in at an angle that tries to understand what the industry is about and the needs of the workers themselves. That is why it fits so well.

“For me, it gives scientific validation of the process and it has better depth of meaning than what other companies are offering.”

Warwick discussed how having a program delivered by professional athletes resonates with workers and that it has also resulted in widespread acceptance of urine specific gravity (USG) hydration testing.

The THORZT program allows management to track, monitor and provide feedback to the workforce.

The success of the program means Freo Group will be ramping up testing in the warmer months, according to Warwick.

He added that as well as drinking the correct fluids, other hydration and heat stress products like electrolyte icy poles and cooling products also played a part in reducing heat stress on sites.