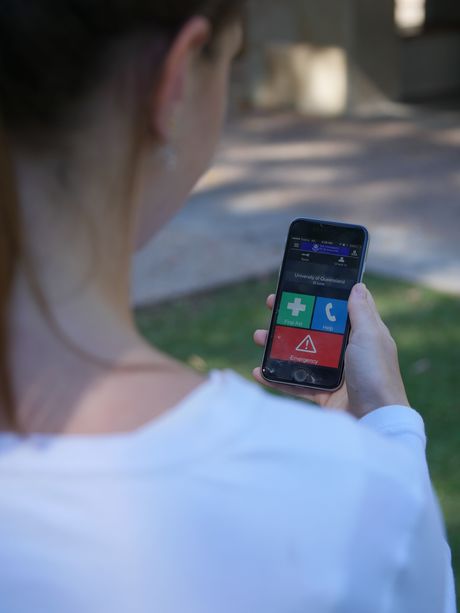 Thousands of staff and students at the University of Queensland (UQ) are taking safety into their own hands by opting to download the safety app SafeZone onto their smartphones, connecting them to 24/7 campus security or emergency services response.

Since its launch on 16 February, over 4400 people have downloaded the free SafeZone app, developed by Critical Arc and adapted for the needs of the university, which can be used to call for on-campus first aid or in the event of an emergency.

Provided the user has mobile phone or Wi-Fi coverage, the app also allows users to receive alerts about any safety issues on campus, and is hoped will improve emergency response and communication during critical incidents, such as lockdowns and natural disasters by sending push notifications to mobile devices.

The app can send over 1000 messages per second and will still be delivered even if users have the app or their phone switched off.

“Through GPS, the app allows security staff to become aware of someone’s location, talk to them directly and arrange immediate assistance,” said Alan Egan, property and facilities director at UQ.

So far, the app has already responded to a call for first aid from a user after a bee sting incident. The university said the app allowed the situation to be dealt with swiftly, with the patient being treated at the campus health service.

SafeZone uses location-based tracking, but it does not track a user’s location until an emergency alarm is activated or a call is made for help or first aid.

“When the user is within one of the defined areas, the campus security team will respond to the alarm or call,” said Egan.

If the app is activated at sites without 24/7 security or outside defined areas, it will connect users directly with emergency services by dialling “000”. UQ said the app will complement existing security infrastructure, including 788 security cameras, 72 emergency call points, night escorts and 24-hour security patrols across its campuses.