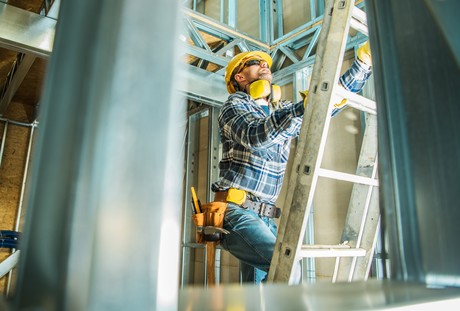 SJ & TA Structural has pleaded guilty to one charge of failing to provide a workplace that was safe and without risks to health and safety, incurring a $400,000 fine. In August 2016, the company used scrap wood to separate stacked, 10-metre-long steel staircases that weighed between 3.2 and 3.6 tonnes. A 33-year-old worker was detaching crane hooks between staircases when the timber separating them broke, causing the metal structures to collapse on top of him.

The court heard that it had been reasonably practicable for SJ & TA Structural to use wooden sleepers, rather than scrap wood, or to not stack the staircases at all. The court determined that the company had failed to properly assess the risks of stacking large, awkward objects close to workers.

“Using poor quality scrap wood to separate steel items weighing as much as 3.6 tonnes is simply unacceptable. WorkSafe will not hesitate to prosecute employers who expose their workers to the risk of death or serious injury by not taking workplace health and safety issues seriously,” said Julie Nielsen, WorkSafe Executive Director of Health and Safety.

When storing structural steel, employers are advised to plan the work and develop a safe system of work so structural steel can be safely unloaded and supported. Employers should also ensure that the steel is placed on firm, level ground and that the erection sequence is taken into account to prevent double handling.

Appropriate packing and supports should also be installed by a suitably competent person and used to prevent items tipping, falling or collapsing. Using direct support from the ground to support large steel structures is also encouraged, rather than using cantilevers or excessive lengths of packing. Work should also be monitored and supervised by someone who is experienced in moving awkward loads, with workers not directly involved with the work prevented from accessing the area by using an exclusion zone or perimeter fencing.