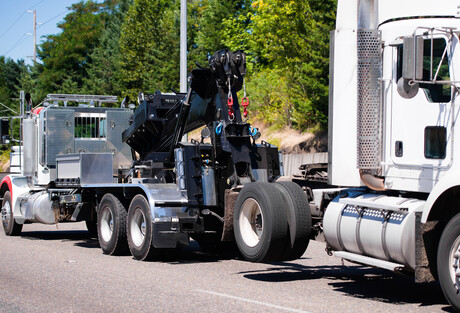 A transport company has been fined $5000 for failing to report a serious workplace injury to Workplace Health and Safety Queensland (WHSQ), after an incident in which a worker was hospitalised for a week. The company pleaded guilty to breaching the Work Health and Safety Act 2011 by failing its duty to report a notifiable incident arising out of the conduct of the business.

The company operated a small transport business specialising in livestock transportation. On 8 March 2018, two workers employed by the company transported a broken-down truck on the tray of a tilt tray truck to a site in Wacol for repair.

While at the site, one of the workers fell from the tray of the stationary tilt tray truck, striking his head on the ground below. The other worker contacted the company that same day to report the incident. The injured worker was transported to hospital by ambulance, where he was admitted as an inpatient for seven days and received treatment for a fractured skull.

WHSQ was first notified of the incident by the injured worker on or around 18 June 2019. At no time, prior to or following 18 June 2019, did the company notify WHSQ of the incident. Magistrate Kay Ryan said the company had failed its duty to notify — through ignorance of its obligation — and observed that the director was an older man who could be considered ‘old school’.

The Magistrate noted that while ignorance of the law was not an excuse, it was a factor that could be taken into consideration, to an extent. The Magistrate also took into account the company’s early guilty plea, its otherwise good character, having no previous convictions, and the financial difficulties it had experienced after being defrauded by a former employee and as a result of COVID-19.

The Magistrate also had regard to the fact that the injured worker was back working with the company, albeit in a limited capacity. The company was fined $5000 and ordered to pay costs of $1100, with no conviction recorded.

A heavy-duty manufacturer has been fined more than $30,000 after a trailer fell while being...

Radiology, a core element of the healthcare system in Australia