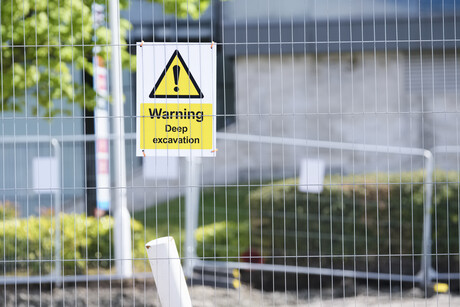 A site supervisor at a land development company has been fined $10,000 and ordered to pay $1172.50 in costs over a 2018 incident in which a worker sustained serious injuries after limestone blocks from an adjacent retaining wall and a steel plate fell on him. Glenn Edwin Rush pleaded guilty to failing as an employee to take reasonable care to avoid adversely affecting the health of another person through an act or omission and, by that failure, causing serious harm to that person. At the time of the incident in August 2018, Rush was employed as a site supervisor at Wormall Civil Pty Ltd, which was engaged in civil works for proposed housing blocks at a site in Baldivis, including creating roads and blocks of land and installing services such as sewerage, power and water, and installing limestone retaining walls between blocks.

During a July site walk by the Project Manager, Construction Advisor and Rush, it had been identified that rectification work was required on sewer inspection shafts in six locations on the site. Several of these inspection shafts were located in open trenches next to substantially constructed limestone retaining walls, and Rush was responsible for ensuring these rectification works were completed. A site meeting of senior managers the day before the incident addressed the hazards involved in excavating close to a retaining wall. Rush told the other managers he would use a steel plate as an ad hoc shoring for the retaining wall.

On the day of the incident, several workers were undertaking work to extend the sewer inspection shafts in an open trench around 1.8 metres deep shored up by a steel plate close to the limestone retaining wall. At the time of the incident, two of the workers had left the trench when the steel plate and limestone retaining blocks collapsed into the trench, and the remaining worker was pinned by the steel plate and several limestone blocks, which weighed approximately 250 kg each. An excavator working close to the trench was used to remove the materials from the worker, and his colleagues lifted him out of the trench.

The worker suffered serious crush injuries to his pelvic region including multiple fractures that required the use of steel plates and screws to stabilise the pelvis, and was required to undergo ongoing physical therapy and other medical support. WorkSafe Commissioner Darren Kavanagh said the company had internal policies and procedures to ensure work was performed in a safe manner, but none were followed by Rush. Kavanagh noted that the management plan for the site stated that the Western Australian Code of Practice for Excavation would be followed when earthworks were being undertaken, but Rush did not ensure that this occurred.

A site drawing also specified that no excavation work was to be performed in front of retaining walls without approval from a structural engineer, and the Project Manager was also warned that it would not be safe to undertake work in the trench without first removing the wall. “But Mr Rush discarded all this advice and ignored the code of practice and internal procedures when he made the decision to use a steel plate as ad hoc shoring for the retaining wall, not a recognised safe method of shoring as per the code,” Kavanagh said.

Kavanagh added that it would have taken around two hours to dismantle the retaining wall. “The case should provide a strong reminder to industry that safe work policies and procedures must be in place and, most importantly, should always be followed,” Kavanagh said.

Wormall Civil Pty Ltd was fined $95,000 over this incident in September.

A 64-year-old man has died in Victoria while unloading gravel from a truck trailer. This brings...

A Victorian train and rail manufacturer has been fined $20,000 after a worker was crushed while...

Workplace Health and Safety Queensland has issued a safety alert for the agricultural industry...