An Australian designed and manufactured remote control belly plate safety lifter for tracked vehicles has caught the attention of US mining companies after achieving widespread success at home.

Developed by Nivek Industries, the Tracked Elevating Device (TED) has been picked up in Australia by mining giants such as BHP Billiton and Rio Tinto, and is now being introduced to the US by distributor Safety Mining Industrial Trade Suppliers (Safety MITS). 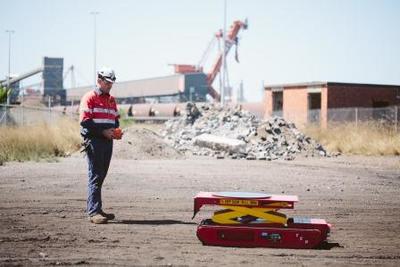 “Factors such as safety and time efficiency have already helped us to make our first sales in the US to global companies,” said Safety MITS Director of Product Development Timothy Lightfoot, whose company has opened a US office in San Diego to service North American demand.

“[They] like it because it means they can safely do maintenance in the field, rather than having to take heavy equipment back to the workshop.”

The product’s key feature is its wireless remote control, which allows the operator to keep out of harm’s way during maintenance of belly plates and other internal components, thereby reducing the risk of crush injuries. The plates - made of hundreds of kilos of steel and often weighted down further with accumulated debris on top - are traditionally loosened by mechanics who may have to crawl underneath heavy machines to line up the bolt holes. 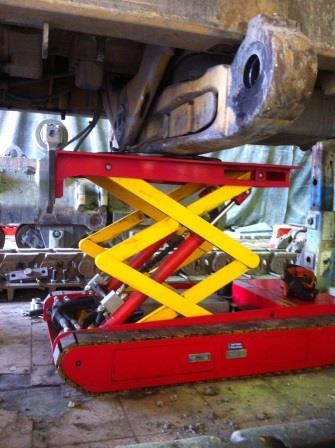 “The belly plate can be locked, secured or restrained, but the biggest safety concern is still having the mechanic placed directly underneath the dozer or heavy vehicle. If the plate is not appropriately restrained or supported, uncontrolled movement can occur when loosening nuts or bolts, which poses a huge safety risk if a mechanic is working directly underneath 500 kg of steel.”

Safety MITS collected customer data from mining and contracting companies over a one-year period and found TED reduced work time by 73.5 % even while using one less mechanic.

Designed to travel across harsh terrain and safely lift up to 800 kg, the device is built with compliance to Australian and New Zealand mining standards (ASNZ 4240).

Standards Australia has released a new standard that outlines the use of LEDs to change the speed...

A Brisbane company has been fined $60,000 after a young worker's thumb was caught in a pinch...

A Victorian bindery finishing operator has died in hospital after falling approximately 1.4...