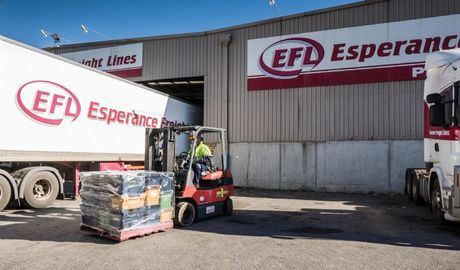 The latest order means Esperance Freight Lines has bought 22 Toyota forklifts in the last three years for its depots in Esperance, Geraldton and Kalgoorlie.

Managing director Michael Harding said his father, John Harding, founded the company 25 years ago and its first Toyota forklift purchase would date from that time.

Toyota’s 2.5-tonne payload 8FG25 is one of the top-selling counter-balance forklifts in Australia and widely used in the transport industry.

“The popularity of the Toyota FG forklift range is based on proven reliability that just keeps on going in all environments, giving our customers excellent performance, service and good value for money from a proven brand they can trust,” Dickson said.

Other safety features include an Operator Presence Sensing system that stops the forklift from moving unless the operator is correctly seated at the controls, while the Active Mast Function Controller can sense instability, thereby limiting the mast angle and speed according to the height and weight of the load.

The multi-lift vacuum unit developed by Qube enables the safe handling of coated pipes, and...

The Schmalz JumboFlex High-Stack is a vacuum tube lifter that can be used to ergonomically stack...