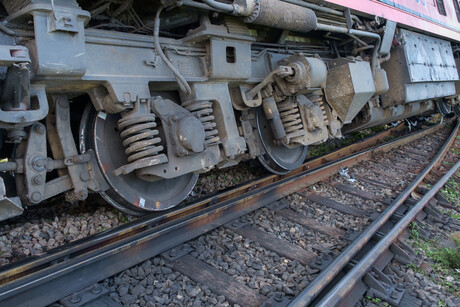 The incident occurred at approximately 11.20 am when the locomotive, with three Queensland Rail drivers onboard, and a coal train collided approximately 80 km west of Rockhampton on the Aurizon network. In a statement, Queensland Rail thanked the Queensland Emergency Services personnel and the Aurizon team who attended the scene, and announced that it will prioritise the welfare of its people and the families of the drivers involved in the incident.

Queensland’s Transport and Main Roads Minister, Mark Bailey, expressed his condolences for the families, friends and workmates of the rail workers involved in the train crash. Minister Bailey also extended his gratitude to the emergency workers who rushed to the scene at Westwood to treat those involved in the incident.

“Tragically, Queensland Rail is mourning the loss of one of its own, and two of the men working alongside him are being treated for injuries. The safety of every Queensland worker is an absolute priority and a thorough investigation into the event will be carried out by Queensland Rail and the independent National Rail Safety Regulator,” said Minister Bailey.

A family-run Queensland mushroom farm has been fined after a worker had his arm...

A civil construction company has been fined $50,000 after a worker was crushed while guiding a...