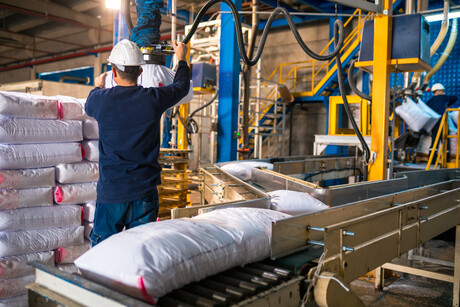 A Queensland fertiliser company has been fined $250,000 after a worker was crushed by machinery at its Narangba plant. The company’s Narangba factory includes a bagging room where bags are filled with fertiliser, sealed, flattened and stacked on pallets by machinery. At the time of the incident, the machinery consisted of an exposed conveyor belt that moved the bags through each stage, with workers required to inspect bags on the moving conveyor. On 10 March 2020, a worker was found unconscious on the conveyor with his head and torso drawn partially into the flattener, the result of contacting the moving conveyor. The worker sustained a severe traumatic brain injury caused by blunt force; he could not be revived.

A Workplace Health and Safety Queensland investigation found the factory routine was that bags not properly sealed were manually removed before reaching the flattener. Once resealed, they would be replaced on the conveyor for flattening and stacking. As a result, workers were exposed to the potential of serious or fatal injury from contacting the moving conveyor. The investigation revealed the defendant had not taken measures that would have eliminated or minimised the risk. Measures could have included stopping workers from touching bags on the moving conveyor, installing guarding and creating exclusion zones. There was no risk assessment carried out for working in the bagging room, nor were there any operating procedures for workers using the conveyor belt in the same area.

The company pleaded guilty to breaching Queensland’s Work Health and Safety Act 2011 for failing to comply with its work health and safety duty, exposing workers to the risk of death or serious injury. In sentencing, Magistrate James Blanch said the necessary and vital steps that could have prevented the risk were not elaborate or onerous. Blanch also considered the tragic consequences for the worker and his family. He also took into consideration the company’s timely guilty plea, the fact that it had been operating since 1993 without any contravention of its obligations, and that it had begun implementing safety systems at the plant before the incident. After the incident, the defendant company had taken remedial steps and helped the victim’s family.

Blanch fined the company $250,000 and ordered costs of almost $1600. No conviction was recorded, with Blanch noting that the defendant had otherwise been of good corporate character and had shown contrition.