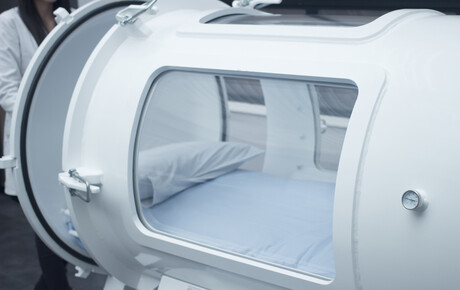 Oxygen therapy provider Oxymed Pty Ltd and its clinical director, Malcolm Hooper, have been convicted and fined a total of $726,750 after the death of a man following hyperbaric treatment at South Yarra in 2016. Oxymed and Hooper were both found guilty of two charges and pleaded guilty to a third charge of failing to ensure a workplace is safe and without risks to health. Hooper separately pleaded guilty to failing to notify WorkSafe Victoria of an incident and failing to preserve an incident scene. Oxymed was fined $550,000 while Hooper was fined $176,750.

In April 2016, a long-term client of the company who suffered from extensive multiple sclerosis and had a history of epileptic seizures was found to be unconscious while receiving treatment in a single person hyperbaric chamber. He was taken to hospital and placed on life support and died five days later. It was revealed that Oxymed and Hooper had an inadequate system in place for identifying and assessing the risks to each person receiving oxygen therapy treatment and developing a comprehensive plan to eliminate or reduce those risks. There was also insufficient supervision of people receiving treatment and attendants were not recently instructed and trained in administering effective first aid.

WorkSafe Victoria Acting Executive Director of Health and Safety, Andrew Keen, said the case was an example of what can happen when employers don’t prioritise safety, and warned that WorkSafe will not hesitate to take action against employers who put people’s lives in danger by not having basic safety procedures in place. “If you are running a business in Victoria, you have a responsibility to ensure the health and safety of not only your workers but also members of the public, including your customers,” Keen said.

A tooling company has been convicted and fined after a worker was seriously injured inside a...

A food services wholesaler has been fined $35,000 after a worker was struck by a forklift,...

A safety alert has been issued after a worker was injured when the elevating work platform he was...