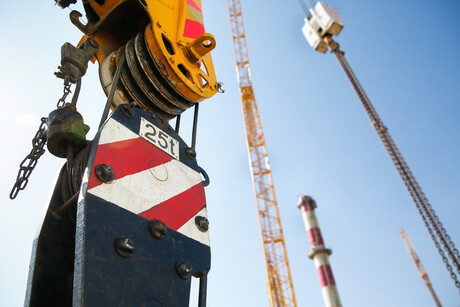 A.M. Cranes & Rigging Pty Ltd, a Darwin mobile crane hire company, has been charged with breaching Section 32 of the Work Health and Safety (National Uniform Legislation) Act 2011 (the Act), after an incident in which two workers suffered crush injuries. If found guilty, the company faces a maximum penalty of $1.5 million for each charge.

In February 2019, A.M. Cranes & Rigging was hired to transport and position an electrical switchboard weighing approximately 1.8 tonnes into a newly constructed switchboard room at the Palmerston Police Station. A crane was used to lift the switchboard partially into the switchboard room, before it was placed into four load skates.

Three workers then attempted to manually manoeuvre the switchboard over a cable pit covered by checker plate; during this manoeuvre, the switchboard toppled backwards, pinning two of the workers. An A.M. Cranes & Rigging worker suffered moderate soft tissue injuries and was freed by other workers at the site. The second worker, who was employed by another company, suffered serious head injuries and required emergency services personnel to rescue him.

The matter will be addressed in the Darwin Local Court on Tuesday, 23 March 2021.