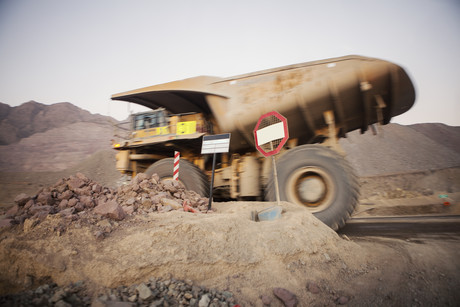 Moved road signs have been implicated as the cause of a heavy vehicle collision at Maules Creek Coal Mine that left one mine worker with serious injuries. On 21 April 2018, a 100-tonne service truck and a 500-tonne dump truck collided at a mine intersection after its ‘stop’ signs had been relocated without all workers being notified, according to the New South Wales Resources Regulator’s Chief Investigator, Steve Orr.

“[Our] investigation revealed that both truck drivers believed they had the right of way before the collision,” Orr said. “The injured worker suffered back, shoulder and wrist injuries which were serious enough for him to be transported by helicopter to hospital, where he received medical treatment.”

The mine operator has since improved its pre-start package to include intersection changes, improved its risk assessment process for such changes and implemented a process that requires proposed changes undergo an engineering review, according to the Regulator’s investigation report. They also introduced new warning signs to highlight changes to intersections.

To prevent similar incidents, Orr said: “Mine operators must conduct detailed risk assessments when major changes are made to mine roads and ensure that changes are communicated to all workers.”

SafeWork NSW to crack down on crane operator compliance

SafeWork NSW inspectors will conduct a compliance blitz across the state, verifying licensing and...

NT worker dies falling from the tracks of an excavator

On 29 July, a 37-year-old worker died at a construction site in the Katherine region of the...

Automation can improve workplace safety but vigilance is still a must

Failure to invest in tech damaging economy and jobs: report

Are we embracing disruption?

e-health tool targets mental health of those with intellectual disability

Aspirin linked to gastrointestinal bleeding in over 70s

How is the Australian workforce coping with COVID?