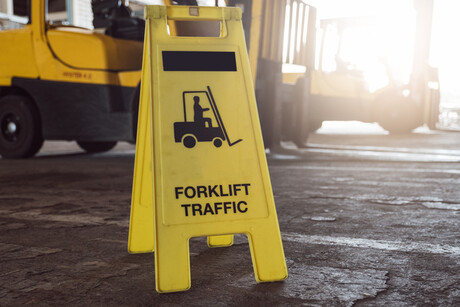 Seymour car dealership Beer Motor Car Traders Pty Ltd (BMCT), trading as Neil Beer Seymour, has been fined $40,000 after a worker suffered skull fractures and bleeding on the brain following an accident involving a forklift. The car dealership was sentenced without conviction after pleading guilty to one charge of failing to maintain a safe system of work. The company was also ordered to pay costs of $5635.

The incident occurred during a clean-out of a BMCT storage shed in August 2019, when a forklift with tyne extensions fitted was used to move a heavy vehicle transmission. The injured worker was working beneath the suspended transmission, attempting to free a jammed tyne extension that was preventing the load from being lowered. After cutting a safety bracket off the tyne extension using an angle grinder, the worker became trapped and felt an increasing pressure against his head. The worker was treated in hospital for multiple skull fractures, brain bleeding, and nerve damage to an eye and eye socket.

It was reasonably practicable for BMCT to eliminate or reduce the safety risks by various measures, including by ensuring that only appropriate forklift attachments were used, and by not requiring workers to operate under forklift loads that are suspended and not adequately supported. WorkSafe Executive Director of Health and Safety Narelle Beer said the hazards associated with forklifts are well known and employers have no excuse for not protecting workers from these risks.

“Despite numerous reminders and warnings, we unfortunately continue to see a significant number of workplace injuries resulting from the misuse of forklifts. Forklifts can be an essential tool on a work site but they can also be an extremely dangerous piece of machinery if risks are not properly assessed and appropriate controls put in place,” said Beer.

When using forklifts with attachments to move loads, employers are advised to ensure that the forklifts are maintained and used in accordance with the manufacturer’s recommendations and operations manuals. The forklift’s load capacity must be re-rated to take into account the weight of the attachments, which must be fitted correctly and capacity rated for the required load. The load must be properly placed and secured to avoid movement during transport, with an up-to-date traffic management plan in place.

Employers must also provide information on the capabilities and limitations of forklifts and attachments used in the workplace to employees, along with training and supervision on the use of attachments and where to safely operate while moving and securing suspended loads. Forklift operators must work in accordance with an appropriate high risk work licence. WorkSafe also advises employers to ensure that employees are not required to operate under suspended loads that are not adequately supported.

A Victorian freight company has been fined following the death of a garbage truck driver in...

A Victorian concrete manufacturer has been fined after two workers were nearly injured when a...

Two companies have been fined after a worker's arm became caught in a machine at a brick...