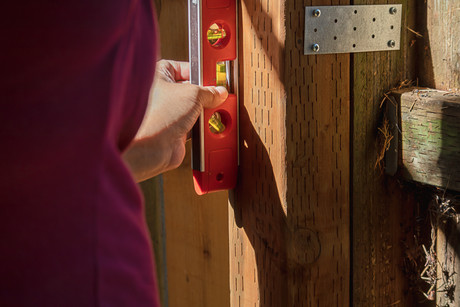 A sole trader operating as a fencing contractor has been fined $25,000 and ordered to pay costs of almost $1600 in the Mount Isa Magistrates’ Court for breaching duty of care regulations under the Work Health and Safety Act 2011. The incident occurred in 2017, when a young worker had three fingers badly crushed by a hydraulic post driver. Two teenagers were using the post driver to install galvanised fence posts, with one operating the driver while the other used a spirit level to ensure they were level. As the female worker held the spirit level, she went to dispose of a lolly wrapper inside the hollow post just as her co-worker inadvertently released the hammer on the post driver. The 18-year-old worker lost her index and middle fingers and had to be airlifted to hospital to have them surgically reattached. She also sustained de-gloving of her little finger and now struggles to use her hand, as well as having ongoing psychological issues and significant loss of amenity.

The fencing contractor had been contracted to complete 89 km of fencing at Barkly Downs near Camooweal, with a crew of six workers using a second-hand hydraulic post driver purchased earlier. No operation or maintenance manuals were supplied with the post driver. The contractor did not manage the risks associated with the plant, in accordance with the Work Health and Safety Regulation 2011, the How to manage work health and safety risks Code of Practice 2011 and the Children and young workers Code of Practice 2006. An investigation by Workplace Health and Safety Queensland revealed that the post driver had no guarding and no administrative control (such as an exclusion zone), contrary to WHS regulation.

Both workers had limited experience in fencing work prior to the incident, and had only received a brief demonstration of how to use the post driver. Neither worker had received any information, instruction, training or supervision in the safe operation of the machine. Following the incident, the contractor installed a wire mesh guard to prevent contact with moving parts of the post driver, and engaged a consultant to provide safety instruction to staff and develop safety systems.

The contractor’s early guilty plea, lack of prior convictions, cooperation with the investigation and post-incident measures were acknowledged during sentencing by Magistrate Trinity McGarvie. No conviction was recorded.

A worker was seriously injured in December 2019 after his hand was caught in a hopper. Here is...

A Queensland bakery has been fined $90,000 for breaching safety procedures, after a worker...

Industry 4.0 calls for a system change in field operation

PROtop — The next level in industrial power supplies

Have you been introduced to the unique MicroPurity™ technology of the Zip HydroTap®?