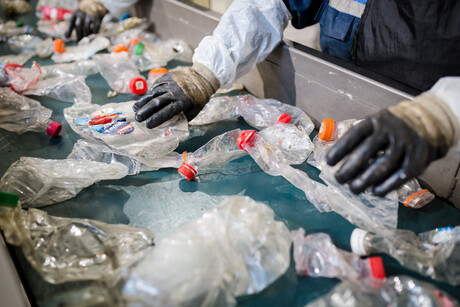 The Managing Director of a Bayswater recycling company has been fined $70,000 over an incident in which a labour hire worker’s arm was amputated at the shoulder. Salvatore Tomo Mangione, Managing Director of Resource Recovery Solutions Pty Ltd, pleaded guilty to failing as a director to provide and maintain a safe work environment and, by that failure, causing serious harm to a labour hire worker.

The incident occurred in January 2016, when the labour hire worker’s arm was amputated at the shoulder when it was caught in the crush point between a conveyor belt and a roller at the automated recycling plant. The labour hire worker had been working as a “picker”, manually removing unsuitable items from conveyor belts and clearing blockages or jams in various machines. A blockage had been cleared and the belts had been restarted when the worker reached in to remove a rock that was dragged into the crush point. There was no guarding on the crush points of the belt and no lockout tag out procedures to isolate the moving parts of the plant when removing blockages.

Mangione had an office at the workplace and was usually there five days a week. He had the requisite level of control to implement changes at the workplace. WorkSafe Commissioner Darren Kavanagh said that the company had a questionable safety history, as another worker at the plant was killed in 2013 when an overloaded roof panel collapsed and crushed him. WorkSafe inspectors visited the workplace and found that numerous conveyor belts were not guarded and were reassured that the plant was fully automated and workers were not present when the plant was running.

“Another worker suffered a broken arm in February 2015 when his arm was dragged into a moving conveyor belt which again had no guarding. The court found it was practicable for the company to have implemented and enforced a system that combined an interlocking system that restricted access to the belt and a monitoring system to detect blockages of the belt,” Kavanagh said.

It was also found that workers at the company had not been provided with sufficient information on hazards, formal instruction and training or direct supervision by the supervisor or manager.

“Mr Mangione neglected to implement the changes required to make this workplace safe for workers, and he has been penalised accordingly today,” Kavanagh said.

As Managing Director of the company, Mangione is also guilty of that offence, as it was proved that it occurred as a result of his neglect.

SafeWork NSW will conduct site visits across Wagga Wagga to ensure that businesses are managing...

A recent spate of incidents involving fixed plant has prompted WorkSafe Queensland to issue a...

Review set to pave the way for International PCOS Guidelines

AI in health — can we program human dignity?

Epson to showcase solutions at EduTech 2022

AMRs in warehouse and industrial environments