Crane operator and company convicted for crane tip over 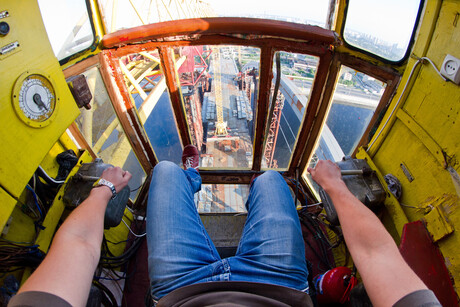 SafeWork SA has charged crane and rigging business White Crane and Rigging Service, and its employee, Ashley White, for breaching their duties under section 32 of the Work Health and Safety Act 2012 (SA), after a crane tipped over in 2017.

In December 2017, White Crane and Rigging Service were engaged to remove pine trees at residential premises. Ashley White, a crane operator, was operating the 130-tonne crane. While carrying out the task, the crane cables became entangled. White lowered the boom and overrode the safety switch, resulting in the crane toppling over and damaging two motor vehicles parked nearby.

SafeWork SA deemed that the incident was avoidable if adequate planning and a risk assessment had been completed. An investigation identified that the operator deliberately overrode the primary safety feature of the crane.

The company was charged for failing to adequately plan for the job by providing a risk assessment to the operator, and for failing to ensure that the operator completed an adequate job safety analysis before performing the task. The operator also failed to assess the site and provide control measures.

The SAET convicted White Crane and Rigging Service and declined to issue a pecuniary fine, noting the business is no longer trading and has no assets. The offence carried a maximum penalty of $1.5 million and had it been applied, a fine of $150,000 would have been imposed.

Crane operator Ashley White was charged for overloading the crane and causing it to tip, creating a risk of serious injury or death to others. White was also charged for failing to accurately measure and record data in the crane’s computer system to ensure it operated within safe working limits of the crane, and for overriding the crane’s safety function.

While Ashley White was convicted, the SAET did not issue a pecuniary fine, noting the defendant’s financial circumstances. Had a fine been imposed, $15,000 would have applied out of the possible maximum penalty of $150,000.

“Overriding a safety switch is unacceptable and risky. It is fortunate that no one was seriously injured. This incident demonstrates a serious risk of injury and harm to others through these actions and could easily have been prevented through adequate risk assessment and planning,” Campbell said.