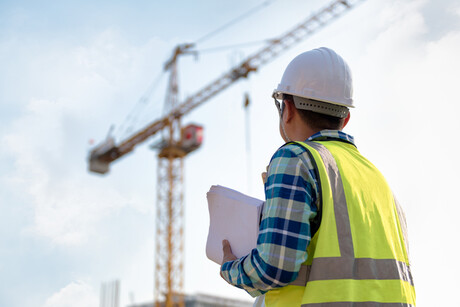 Concrete product manufacturer Precast Civil Industries Pty Ltd, trading as Icon Septech Vic, has been convicted and fined after an incident at a Shepparton factory in April 2020. The company pleaded guilty to a single charge each of failing to provide a safe system of work and failing to provide necessary training for employees to perform their work safely. The company was fined $35,000 and also ordered to pay $3716 in costs.

The incident occurred when two workers were directed to extract a five-metre rectangular concrete trough from a mould. The task involved suspending and flipping the trough and mould, weighing about 2600 kilograms combined, to enable them to be lowered onto support stands for separation. After the load was lifted 1.5 metres away using a gantry crane and spreader bar, a worker placed both hands on the load and began rocking it back and forth to invert it. Following the second push, one end of the load detached from the crane and fell to the factory floor, narrowly missing the workers.

The court heard it was reasonably practicable for Precast Civil Industries to ensure, among other things, that the task was performed by mechanical means without the physical involvement of the workers, that an exclusion zone was set up around the rotation area, and that workers were trained by a qualified person in the use of the crane and mould spinning task.

WorkSafe Victoria advises employers to select the proper crane and lifting equipment for the task, size and weight of the load. Employers are also advised to ensure cranes are maintained in accordance with the manufacturer’s specifications and requirements, and operated within their design parameters. Employers should also check that crane operators and persons connecting loads have the skills, training and licenses to operate safely. Employers are encouraged to create and adhere to safe systems of work and ensure that all workers are properly trained and competent before commencing the task.

Environmental factors such as weather, ground bearing capacity, overhead and underground services such as powerlines and pipes/drains should also be taken into consideration. Employers should also ensure that non-essential persons are excluded from the area of operation. For construction work, a Safe Work Method Statement must also be in place and adhered to.

WorkSafe Executive Director of Health and Safety Narelle Beer said that while an injury did not eventuate in this instance, the company’s offending was still serious. “Unsafe use of cranes puts workers at risk of catastrophic consequences. There is no excuse for duty holders who fail to provide safe systems of work and adequate training to their workers,” Beer said.