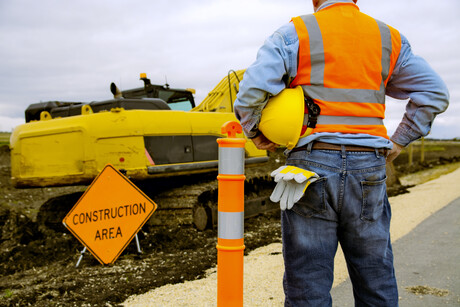 The CFMMEU and its official James Simpson have been fined $54,540 for contravening the right of entry and occupational health and safety requirements at the $220 million Monash Freeway upgrade project in 2017. The CFMMEU was fined $47,250 while Simpson was fined $7,290. The Federal Court found that Simpson attended an overnight crane lift over the Eumemmerring Creek and did not comply with requests from site employees to be escorted while on site and wear personal protective equipment. Simpson also refused to leave the site despite multiple requests, and diverted the attention of several managers. Simpson was also found to have deliberately pushed a site employee, who lost his balance and fell, after attempting to stop Simpson from proceeding to another area of the worksite.

The Court noted that Simpson made no attempt to even pretend to comply with his obligation not to wander unescorted from where he was. The Court added that Simpson knowingly contravened occupational health and safety protocols that were in place, and despite claiming to be there to ensure that work was carried out safely, he put himself and others at risk.

He arrogantly assumed for himself a right to determine with which of Fulton Hogan’s occupational health and safety requirements he would comply. The Court asserted that Simpson felt entitled to take it upon himself to venture as he pleased and to make outlandish accusations under the guise of safety, despite not having any such entitlement. In relation to the physical altercation, the Court said that on any view, Simpson’s conduct — involving, as it did, the use of physical force — was particularly serious. The Court described Simpson’s conduct as deliberate, stating that he intended to proceed beyond the site employee’s position and applied physical contact to force his way to that end.

In relation to the CFMMEU, the Court said the Union’s history is deeply unflattering, and its history bespeaks an attitude of defiance or indifference towards industrial laws that, in turn, makes the conduct that is in focus in this case objectively more serious than it would otherwise have been. ABCC Commissioner, Stephen McBurney, said union officials must comply with the legal obligations that apply to Federal permit holders.

“A recurring feature of the unlawful conduct evident in Court findings against the CFMMEU and its officials is a disregard for safety protocols. The actions of Mr Simpson in this case involved the use of force and engaging in a physical altercation. Such behaviour has been denounced in the judgment delivered today by the Federal Court,” McBurney said.

The Managing Director of a recycling company has been fined $70,000 after a worker's arm was...

WorkSafe WA is investigating the work-related death of a man who was reportedly caught in a...

The ETU has called for SafeWork NSW to investigate the Sydney Metro project, after an escalator...