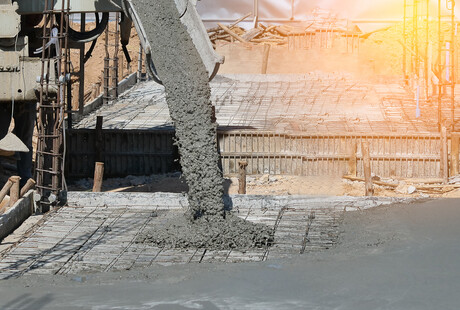 Acting Head of SafeWork NSW John Tansey has called for concreters to implement regular inspections, maintenance and testing of equipment into their routines, after a spate of recent concrete placing equipment incidents. Between 2017 and 2020, inspectors from SafeWork NSW attended approximately 60 incidents, including one fatality, and a further 17 involving serious injuries, many of which were caused by malfunctioning concrete placement equipment. Tansey said that concrete pours are hazardous operations and concrete placing equipment such as concrete pumps must always be serviced and functioning properly before any work starts.

“Recently there have been multiple occurrences of workers being injured by concrete line hose which has either blocked or burst and expelled concrete at significant force, as well as equipment impacting with powerlines, scaffolding and other infrastructure,” Tansey said.

A concrete pump connection point burst during a recent pour at a site in Wagga due to a blockage, spraying a member of the public’s car with concrete as they drove past the site. In a separate incident at Greystanes, a boom pump extension arm struck overhead powerlines and caused an arc explosion and current which travelled along a boundary fence and blew a neighbouring property’s water main. “It is very lucky nobody was seriously injured during these events and a timely reminder that working with concrete can be dangerous,” Tansey said.

Workers are urged to verify if the terrain is suitable for concrete placing equipment operations and note hazards such as overhead powerlines and recent instances of trenching. “Always ensure you have safe work systems in place and that anyone performing high-risk work is adequately licensed, trained and supervised when doing so,” Tansey said.

To prevent further incidents, SafeWork NSW has provided safety information for building and construction industry workers, as well as a fact sheet regarding concrete placing equipment operations. To report unsafe work, download the Speak Up Save Lives app or call SafeWork NSW on 13 10 50.

Employers have been urged to prioritise worker safety around machinery after statistics showed...