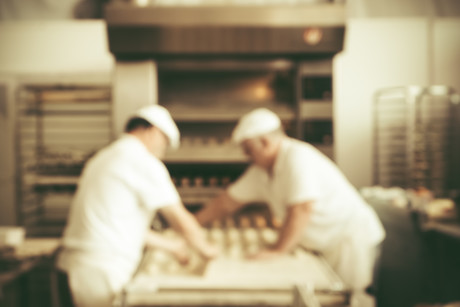 Brisbane-based wholesale baker Wild Breads has been fined $90,000 in the Richlands Magistrates Court for breaching Section 19 and Section 32 of the Work Health and Safety Act 2011, following an incident at its Kiln Street factory where a maintenance worker sustained serious crush injuries. The bakery employs more than 200 staff, operating two large-scale commercial bakeries in Darra, Brisbane.

The incident occurred in November 2017, when two workers were removing build-up of bread dough in the oven loader compartment of a production line at the bakery. The oven loader was protected by an interlocked fence enclosure; an earlier maintenance worker had opened the interlocked door and had neglected to properly isolate the oven loader. The worker reached through the mesh enclosure with his fingers and pressed a reset button, starting the oven loader. A sensor in the loader caused the delivery conveyor to move towards the two workers; while one ducked beneath the conveyor, another maintenance worker was crushed against the oven compartment, suffering serious permanent injuries to his heart, lungs and back, requiring daily assistance with dressing, toileting and showering, and full-time care.

The wholesale bakery instated procedures to ensure the effective isolation of the oven loader compartment, installed and commissioned by the manufacturer after a plant hazard assessment. It also addressed the risk of injury from the oven loader’s moving parts and that the plant was effectively guarded. However, the bakery failed to ensure that isolation procedures were followed during breakdown. Unfortunately, the production worker had no isolation procedure training and spoke little English. Following the incident, the bakery modified the guarding on the oven loader compartment, installing an additional isolation point and keyed locks with restricted access.

The Magistrate noted that the bakery’s failure to ensure safety procedures were being complied with was a serious breach, resulting in a worker suffering serious injuries. The magistrate also noted that there was insufficient auditing or supervision, thereby missing an essential step in the process of operating machinery. While the company tried to minimise risk when purchasing the plant, the seriousness of the conduct had to be measured against the severe and life-changing outcome of the incident.

SafeWork NSW to crack down on crane operator compliance

SafeWork NSW inspectors will conduct a compliance blitz across the state, verifying licensing and...

NT worker dies falling from the tracks of an excavator

On 29 July, a 37-year-old worker died at a construction site in the Katherine region of the...

A Victorian equipment hire company has been fined $85,000 following the death of a worker who was...

FSANZ call for comment on additive to preserve beverages

Getting a grip on pet food pouches

Global perspectives on the future of education

The role of video and audio tech in health care